After nearly two years of sharp declines, Noe Valley single family home prices recovered smartly in 2010.  Not enough, however, for anyone to claim that Noe Valley is somehow immune from market forces affecting the rest of San Francisco.  As of December 2010, Noe Valley home prices were still down 20% from their all-time highs, almost exactly the same as prices for homes city-wide. 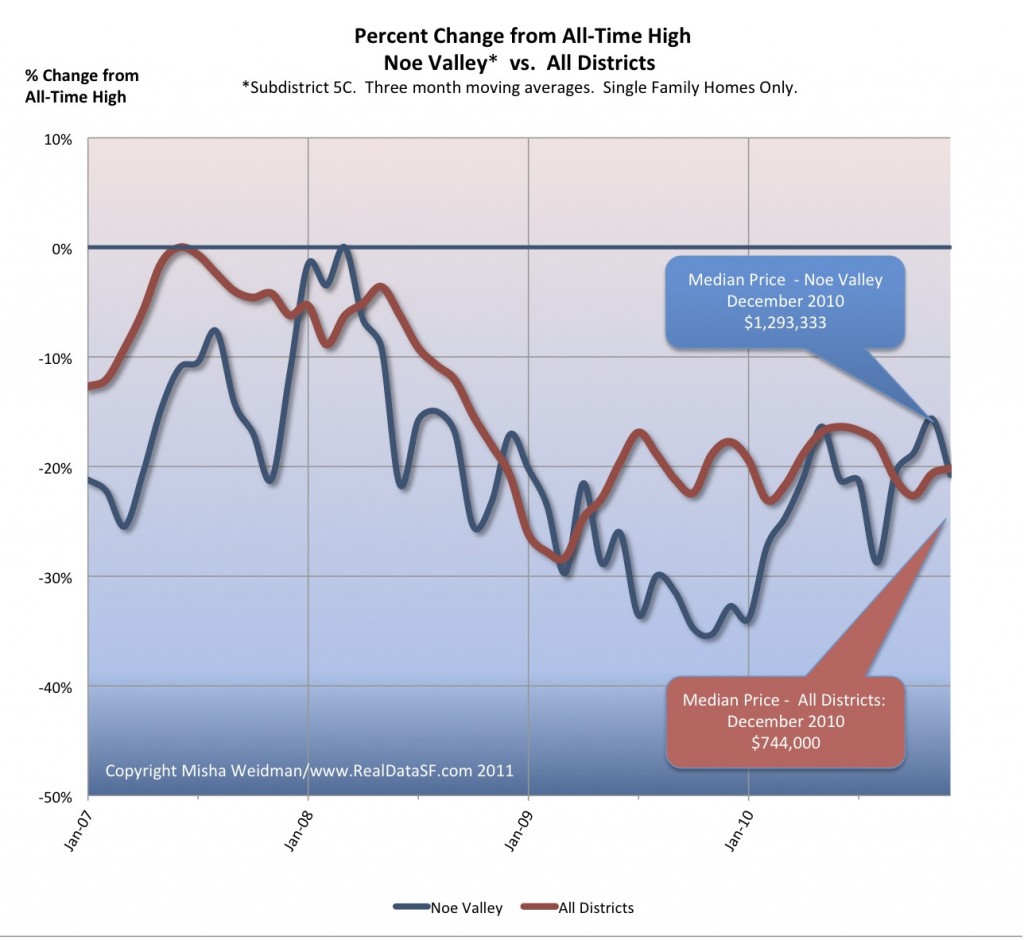 It’s interesting to note that Noe’s prices held up longer than the city’s as a whole but then fell further before beginning to recover.  Considering that the median home price in Noe Valley is $500,000 more than for the city as a whole, this is consistent with the narrative that the market crash began at the lower end of the market before spreading to the higher end.  It’s also largely consistent with First Republic’s Prestige Home Index, shown below, which tracks homes that sold for $1 million or more in eight Bay Area Counties. 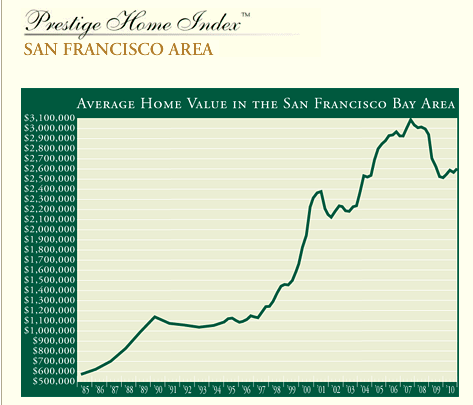 It’s worth keeping in mind that we are concentrating on a very small geographical area here.  In all of 2010, there were just 116 single-family homes sales.  For all property types – homes, condos and TICs – there were just 233. 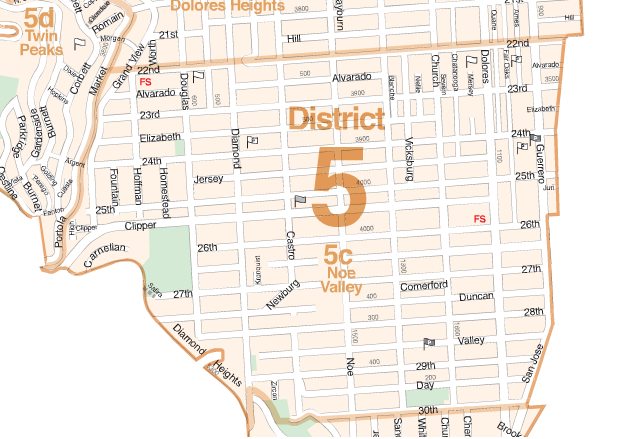 In future posts, we’ll look at this micro-market in greater detail.  Why?  First it’s my  neck of the woods.  Second, it remains one of the most attractive and popular neighborhoods in San Francisco.