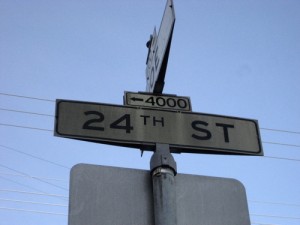 
Some people complain that tracking the median sales price of a market doesn’t really accurately capture the value of a home because the median is susceptible to changes in the sales “mix.”  For example, if a lot of low priced homes are selling, that will pull down the median even if higher price homes are actually retaining their values quite well, or vice versa.

That’s true.  However, I’ve always felt that if the median is down because of a change in mix, that’s still information worth having.

However, we aim to please here at Real Data SF, so have it your way.  Here’s a chart showing sales distribution in 2010 for Noe Valley (click to enlarge): 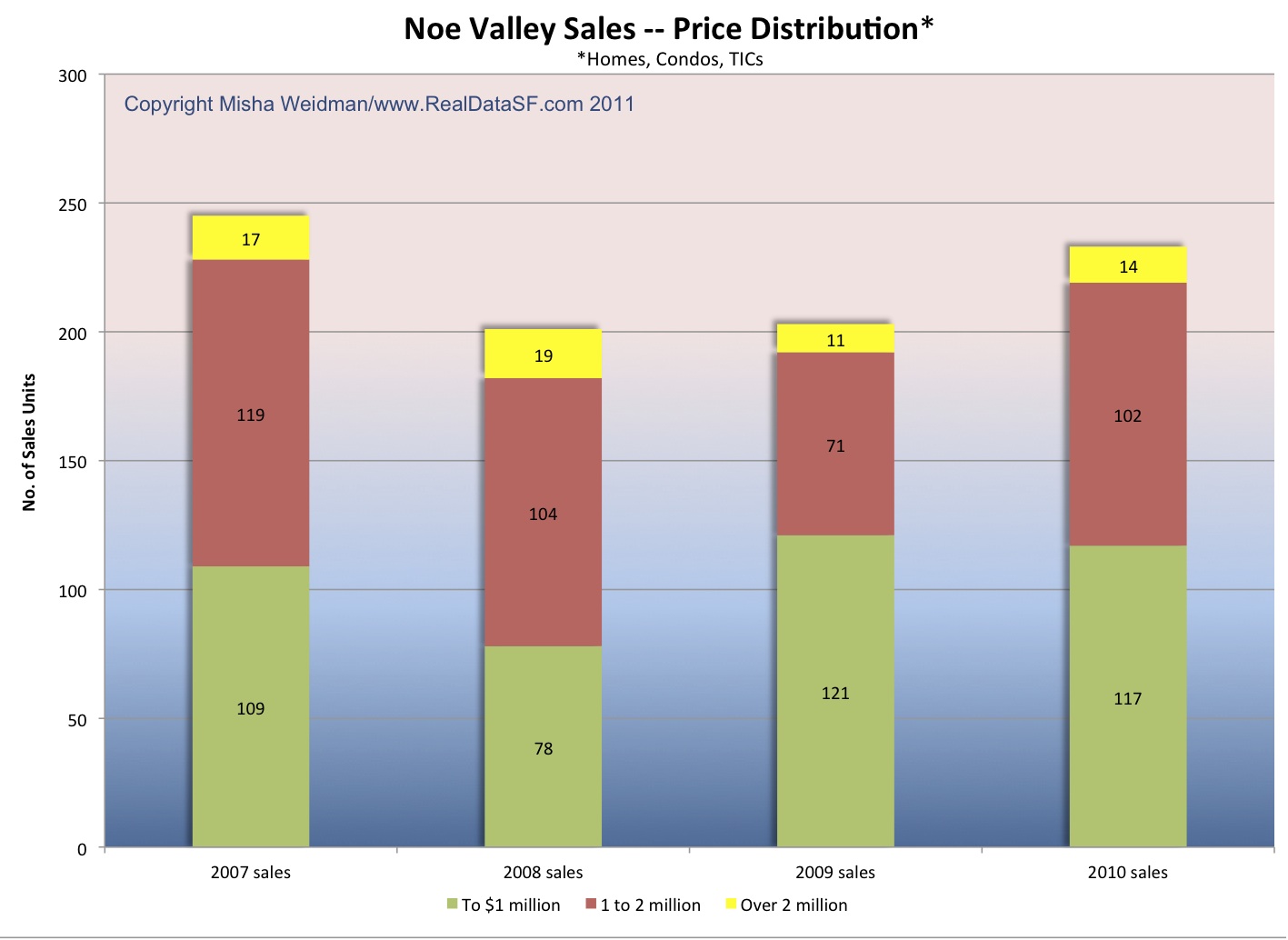 Bearing in mind that Noe Valley proper is such a tiny area that we’re talking about less than 250 combined sales (homes, TICs, condos) a year, there seemed little point in looking at the sales distribution within a single segment like homes.  (Maybe I’m wrong about that.)

The overall sales mix in 2010 looks an awful lot like it was in 2007.  Keep in mind that Noe Valley’s median value hit its all-time high in 2008.  Hence the shrunken green segment for that year, representing sales of a $1 million or less.  Of course, in 2009 the pattern reversed, with the top end of the market getting clobbered.

As for 2011, it’ll be interesting to see where the $2 million plus end of the market goes.  There aren’t that many homes selling in that price range anyway and from what I’ve seen over the last 6 months, the majority of them are languishing.