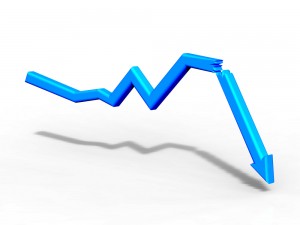 Given the amount of bad news coming out of the housing market these days, you’d think that San Francisco condo and TIC owners would be celebrating the fact that values increased 4.5% in 2010.

If no one feels like popping corks, it may be because prices have been stuck in a narrow range since they hit their post-bubble bottom two years ago.  Take a look (click to enlarge): 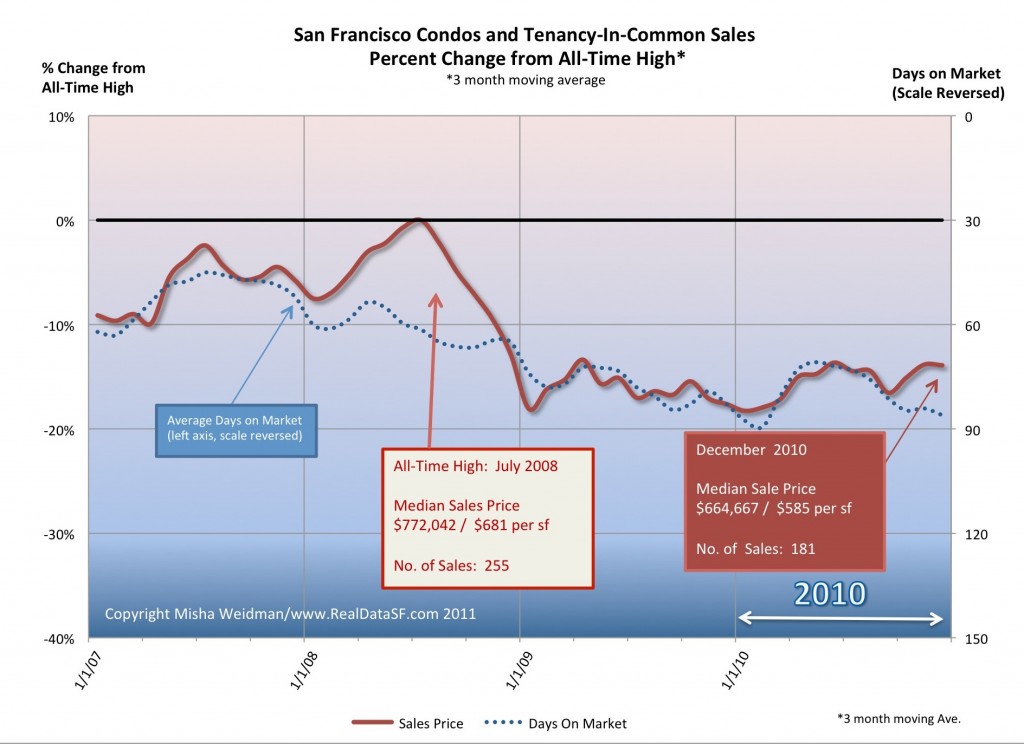 During the chill economic winter of 2009, prices were off 18% from the all-time highs they’d hit barely 6 months earlier.  In the spring that followed, prices recovered 5% as Uncle Sam spent billions breathing life into the housing market. But by the end of  2009, prices were back down again.

And another scrape might be on the way  The chart shows that Days on Market has been increasing for over six months now. That can’t be good.