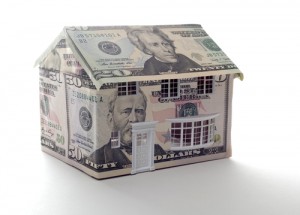 Real estate lore holds that if the market for single-family homes is doing badly, the condominium market will be doing worse.  But what about San Francisco, which is the textbook case of a supply-constrained market with high barriers to entry?

Here, vacant land is non-existent and even your child’s latest Lego creation requires blueprints and a trip to the Building Department.  That makes it a lot harder to overbuild than in places like Florida or Vegas, where developers have repeatedly jumped on the “hot” market bandwagon to churn out glass towers or mega-town-home subdivisions, only to crash and burn when the music stops.

(By comparison, consider that even a huge project like One Rincon Hill added just 390 condos to the San Francisco market and took five years to complete.)

My last two posts looked separately at how homes and condos/TICs did in 2010. Here’s how they stack up side by side (click to enlarge): 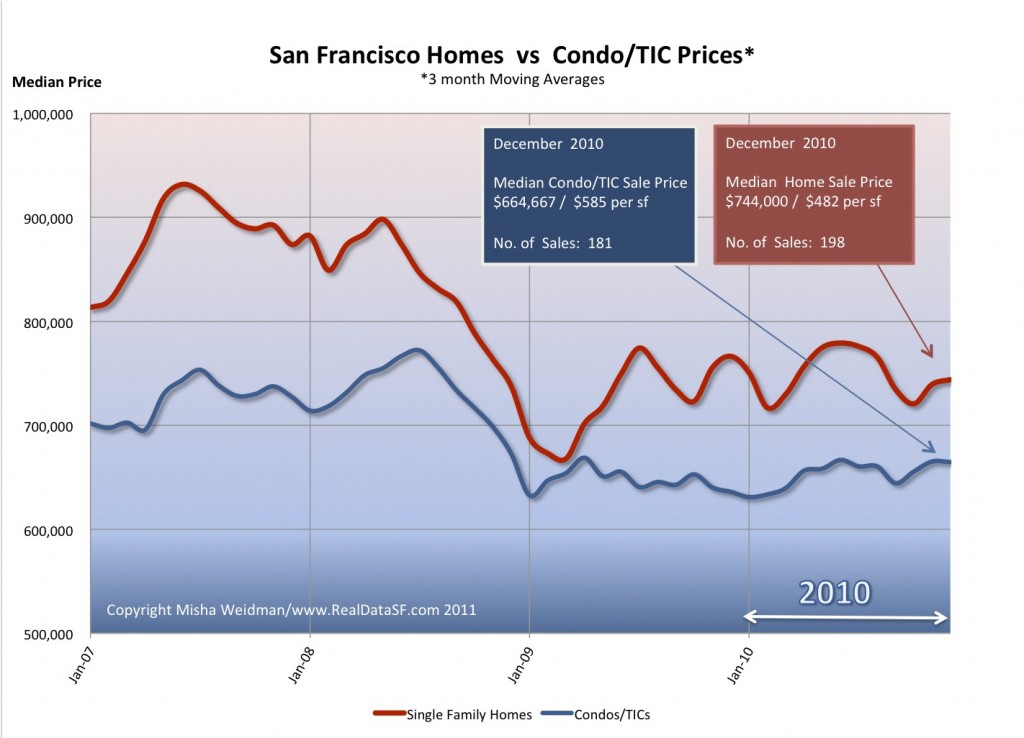 What really jumps out is how the premium you pay for a single family home almost vanished during the global economic suislide of winter 2009 (it shows up on the chart a few months later because I use three month trailing averages).  For the last 18 months both property types have been stuck within their own relatively narrow price ranges.  As of the end of 2010, the median price of a house was about $80,000 more than that of a condo/TIC.

So is either type of property a better value right now?  We’ll try to answer that in my next post.