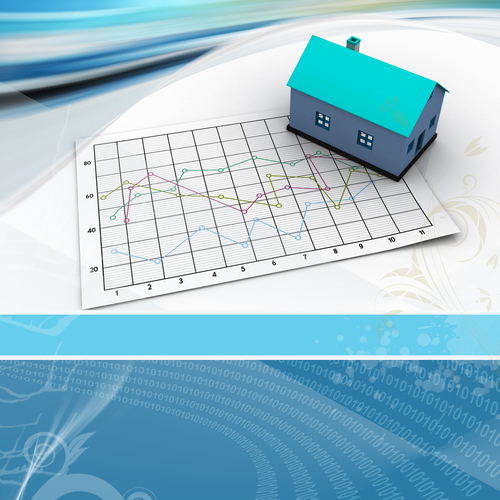 Avid readers of this blog will recall that I hastily pulled my last attempt to post on this subject because of some errors in the data.  Horrors.  The errors caused 2010 to look like a much stronger year in terms of price increases for single family homes.

Whether that would have been good news or bad depends, of course, on whether you’re trying to buy or sell.  As it is, 2010 ended up being a wash from either perspective.  Here’s the chart (click to enlarge: 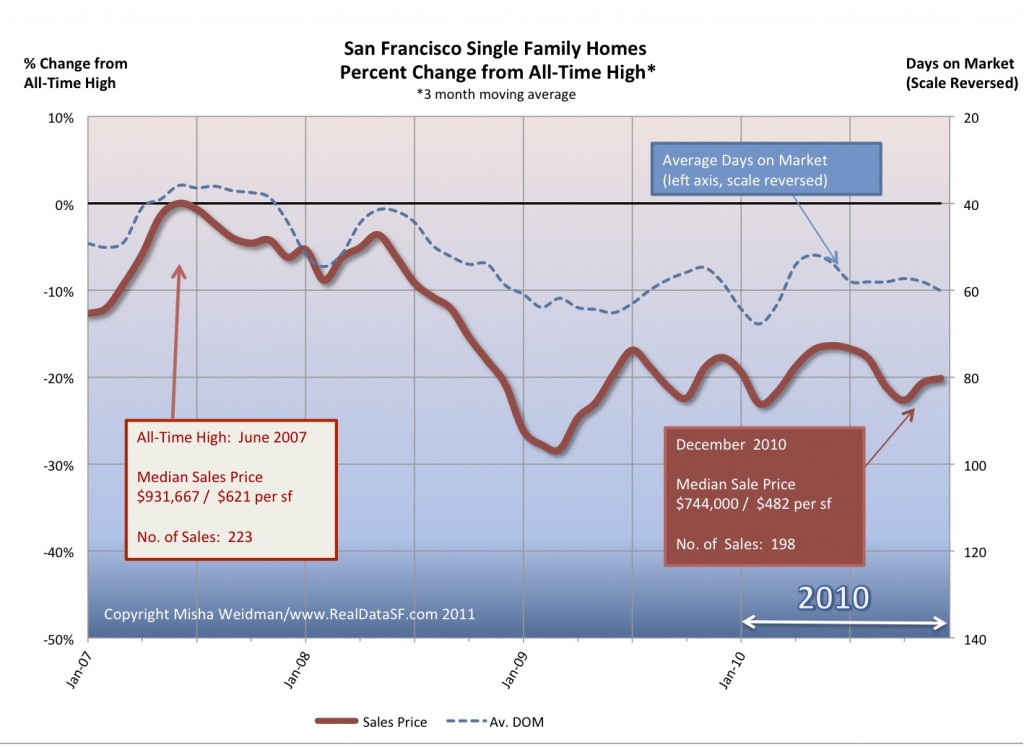 Sales prices have been oscillating around $750,000 since the autumn of 2009.   That’s when all the steam ran out of the government’s attempts to prop up the housing market.  Neither stunningly low interest rates nor the fact that they have started to rise have moved the market much since then.  Not surprising with the job market still looking grim and banks still holding tight to their purse strings.  While signs point to an improving economy, wait a week or so and things might not look so good.

My best guess for 2011 is that nothing much will happen all over again, certainly in terms of prices.  Whether interest rates will continue to rise or not is another matter.  It’s hard to imagine they’ll go anywhere but up.

Meanwhile, is it simply these spring-like days or do I detect more than a modicum of construction and renovation in the air?  It certainly seems to be true of my ‘hood, Noe Valley, where every block has one or two buildings with their studs showing.  My bet is that many of these are for resale.  Which suggests that unless the builders are all flush with cash, some of them are able to get loans.  Whether they’ll make any money or not is another question.