As promised, here are a few tidbits from Leslie Appleton-Young’s presentation to the conference sponsored by UC Berkeley’s Fisher School of Real Estate and Urban Economics.  Ms. A-Y is the California Association of Realtors’ Chief Economist.

Most of the data covers the state as a whole, and even when it’s broken down by county, Ms.  A-Y stressed that there can be huge differences when you get more “granular” with the details.  (I made the same point in my 10/27 post discussing how misleading the much-quoted Case Shiller Index can be.)

Still, the 2008/9 forecast is worth looking at and, surprise surprise, it ain’t pretty. 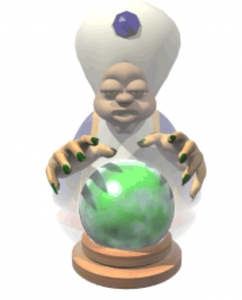 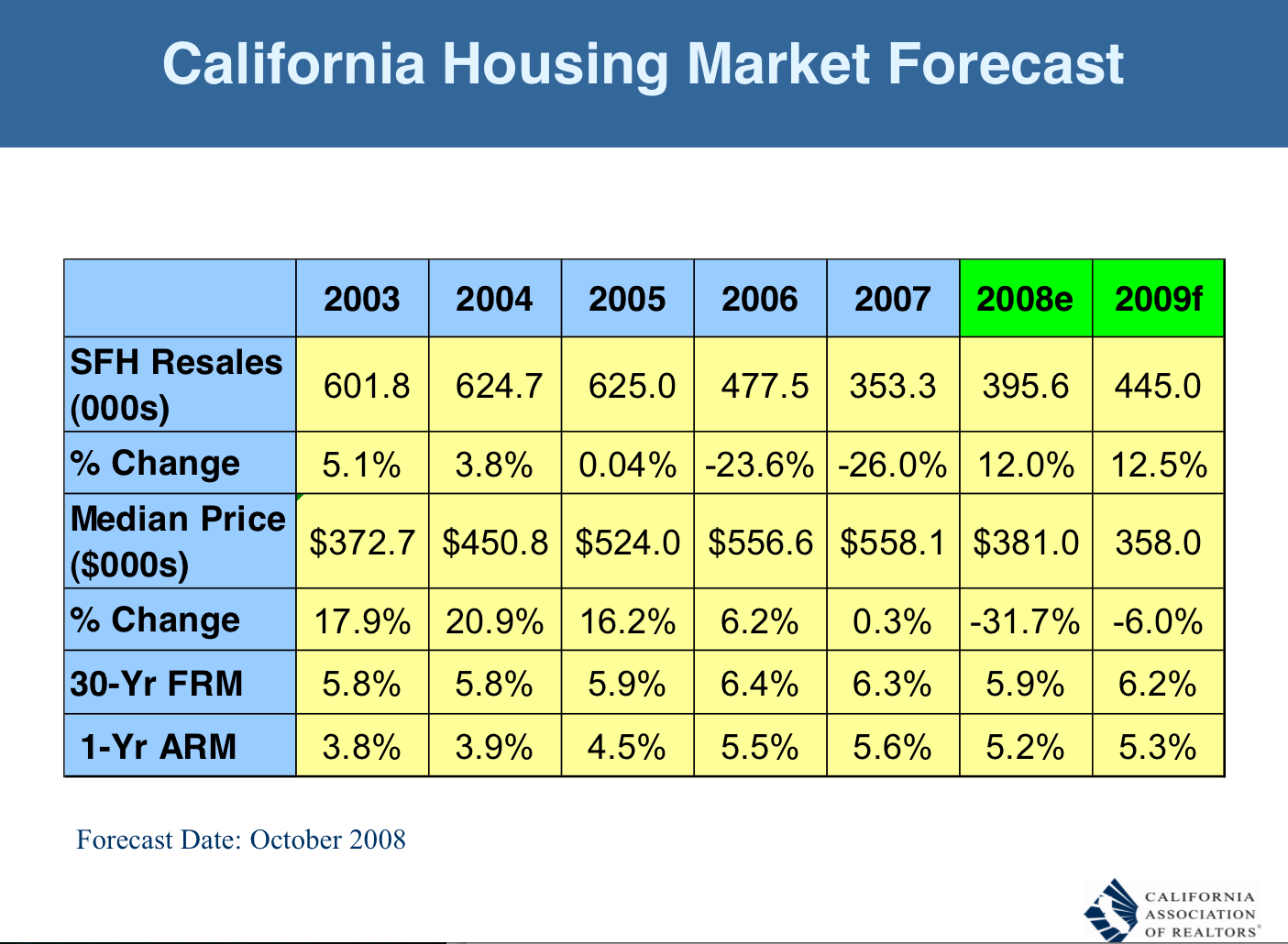 Look at that 31.7% drop in median price from 2007 to 2008, with another 6% drop forecast for 2009.  Keep in mind that these numbers are California-wide and San Francisco is holding up relatively well.  Here’s another CAR chart showing the movement of median prices for existing detached homes by county.  Note there are some HUGE discrepancies between some of the data presented here and the data collected by Dataquick (see the chart in my 10/27 post).  Remember that the DQ data includes ALL sales (condos, town-houses, etc.) and that they reflect “non-market” transactions like repossessions, sales to family members, etc.  Still, the difference in figures for some counties –e.g. Contra Costa — are astonishing. 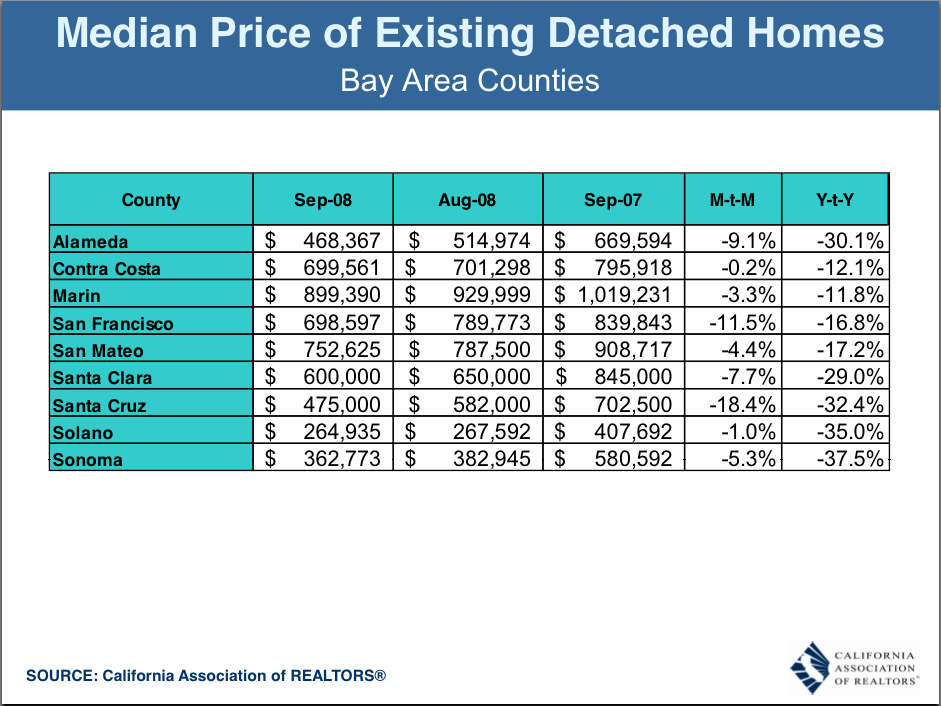 And finally, one more chart for a long view through history.  How bad is this housing downturn compared to others?  Well, so far prices have dropped about midway between the catastrophic fall of 1978-82 (think OPEC oil embargo, Iranian hostage crisis) and the more moderate drop in prices that occurred from 1988-1992.

Are we at the bottom?  Probably not, based on everything I heard from the big brains, but the consensus seems to be that a full-blown depression is unlikely and that the economy will start seeing some daylight towards the end of 2009.

Future posts will return to earth and look specifically at San Francisco.  If there’s a bright spot in any of this, it’s that for once San Francisco’s not as cold as some other places in California.