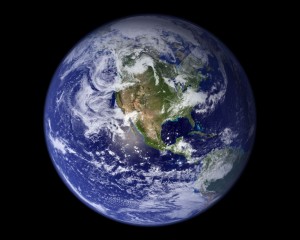 More pearls from Ken Rosen and the other big brains who addressed UC Berkeley’s  Annual Real Estate and Economics Symposium on Monday:

•    What to Invest In Now: Rosen and several other commentators say that REITS (publicly traded companies that invest in investment-grade real estate) are cheap relative to their underlying assets.  Some are trading at around 50% of the replacement value of the assets they hold and are paying a dividend of around 10%.  The best sector of the real estate market right now is the apartment rental market.  (Makes sense, since a lot less people can afford to buy homes.) So look for REITS that own big apartment complexes in decent market areas (see below).   Do your homework:  be sure that they have good management teams and don’t have too much short-term debt because refinancing anything is going to be tough for a while. Hedge your bets.  (Easier said than done for us mortals down here on planet earth.)  Rosen has parked his cash in short term Treasuries.  Obviously he’s worried.  We should probably be too.

•    Where to Invest: “Global gateway”, “quality of life,” “new tech.”  These are the buzzwords that describe cities that should weather the recession relatively well.   Seattle, San Francisco, Boston, and Colorado were all mentioned.   An exception is New York, which is ground zero (again) for the meltdown in the financial sector.  Washington DC is poised for a big expansion as government programs expand to address the current crisis.  San Diego is showing signs of improvement.  Places like Detroit “have no reason to exist.”

•    When will things improve? Be careful over the next year.  Watch for lower LIBOR (London Interbank Offered Rates) as an indication of banks’ willingness to lend again.  Also look for a reduction in market volatility.  Here’s a link to today’s Bloomberg for a really instructive piece on the significance of LIBOR.

•    One of the other key speakers at the conference was Leslie Appleton Young, Chief Economist of the the California Association of Realtors (CAR).  Sure, you can dismiss CAR as a spin outfit for the industry, but you can’t argue with the data they collect.  Another post will cover Ms. A-Y’s analysis of California and the Bay Area.