Less than two months into the new year and a brand new decade and already 2009 may seem as far away as a bad dream – assuming you still have a job.

It’s hard to remember just how close to the brink of catastrophe we seemed to be just a year ago.  Major financial institutions – failed.  Credit – impossible to get. Sales—anemic.

With the benefit of hindsight, not to mention survival, some are now criticizing Paulsen, Bernanke, et al., for their haste in rescuing the financial system, but I, for one, will reserve my scorn for the appalling judgment of the likes of Morgan and Goldman and their obscene bonuses.

How did the San Francisco market do?  Here’s where we are for single-family homes (click to enlarge). 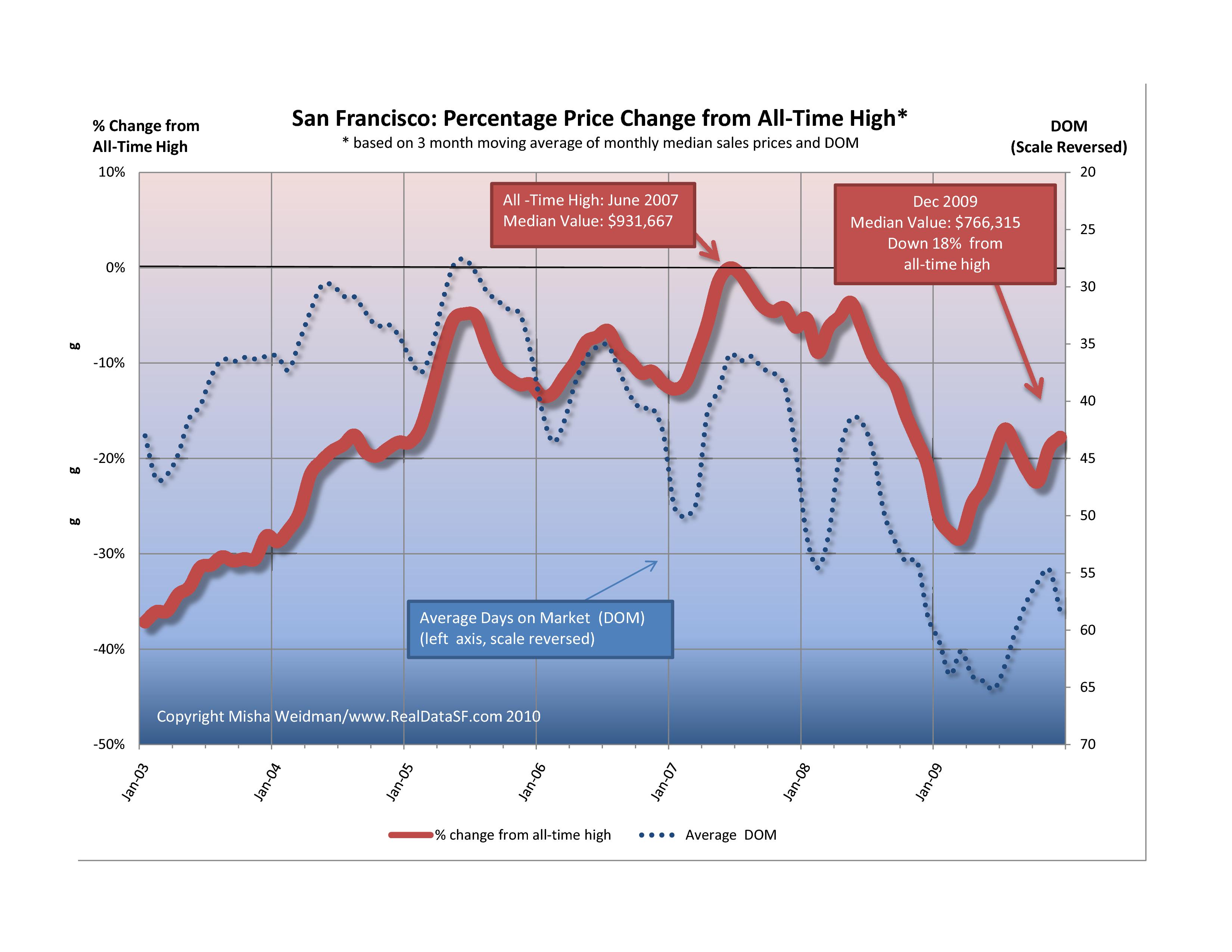 We ended the year still down 18% from our all-time high of June of 2007.  That puts us at around the price levels of the spring of 2005.  Not great, but during those scary first months of the year when there was no bottom in sight, we were down to price levels not seen since early 2004.

It’s also interesting to see how Days on Market (DOM) inversely correlates with price, at least over longer periods.  In addition to the very regular seasonal dips in price every December/January, it’s easy to see that as DOM lengthens over time, prices decline.  While DOM remained less than 40 days, prices stayed high.  The correlation isn’t perfect – and certainly not on month-to-month time-scales — but it looks pretty good to me.

So for the “half-empty” crowd, the bottom line is that we’re still down 18% from our all-time highs.   The story looks much more positive, however, if you look at 2009 in isolation. 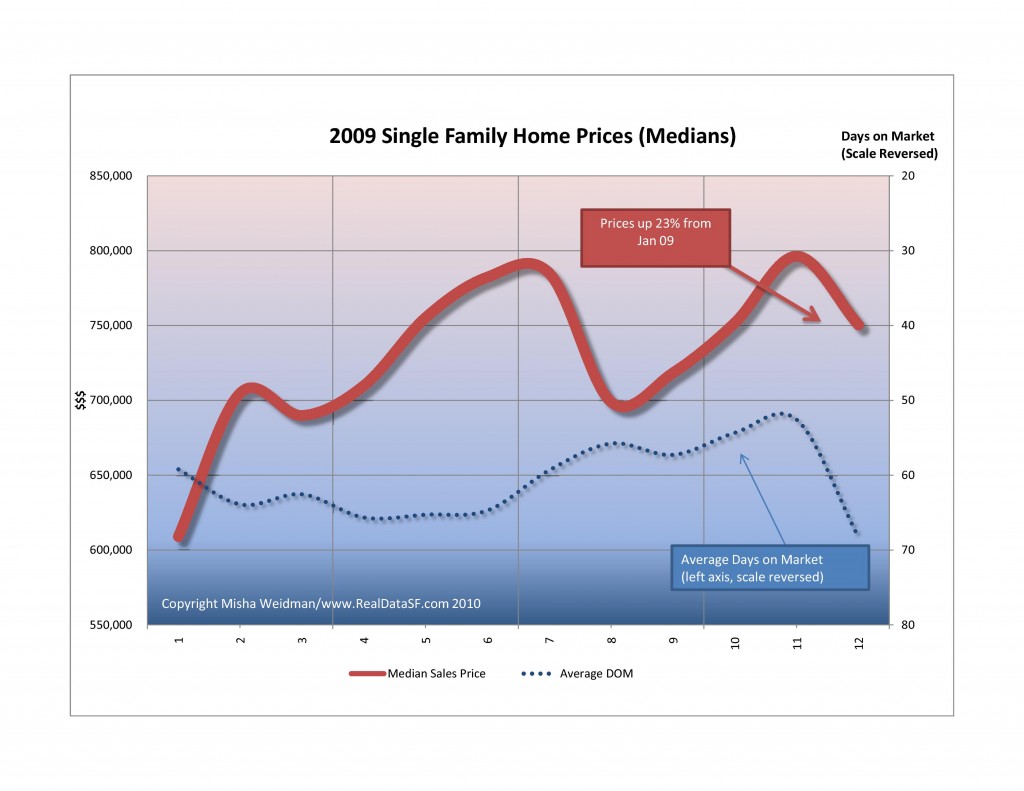 Now a 23% gain for the year ought to be making people feel pretty good.  Note that median prices have been in the $700,000 to $800,000 bandwidth for the last three quarters.  The dip in the waning months of the year can be attributed to seasonal factors.

I can already hear the nay-sayers arguing that looking at year end numbers is arbitrary  or, worse, distorts the picture.  (These are the same people who don’t believe in celebrating their birthdays!).

I’m certainly not arguing that happy times are here again.  But , if nothing else, that 23% increase confirms just what a wild ride the last two years have been.

As for 2010, I confess I’m beginning to feel a bit more optimistic than I was a few months ago.  Manufacturing seems to be continuing to expand.  There are some signs of job growth.  Still, Europe is now looking shaky and, closer to home, one should never discount the ability of our politicians to screw up the recovery.

All things considered, though, I’ll take my glass half-full please.