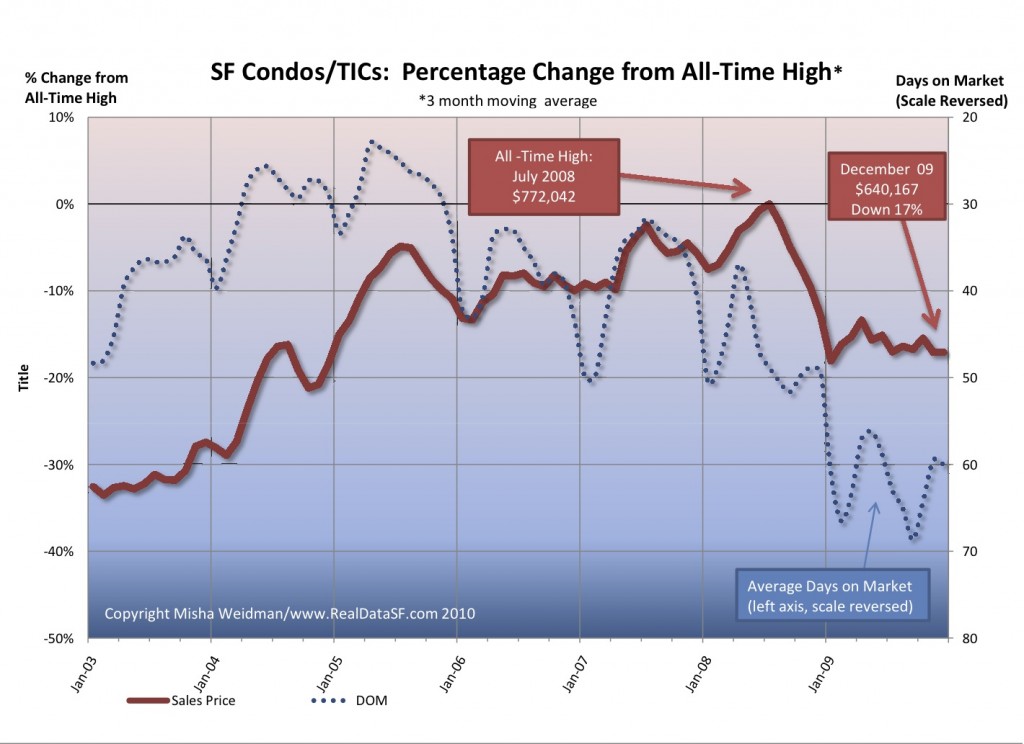 For those who prefer their data on a per square foot basis, the picture is pretty much the same.  The all-time high was $711 — reached in November 2008 and the price per square foot stood at $592 at year’s end, also a drop of 17%.

While condos/TICs ended the year at the same point, the pattern has not been the same. Condos/TICs have been stuck near the bottom of their 2009 range after bouncing up in the first quarter. Homes, on the other hand, appear to have bounced up and stayed up.

What’s in store for 2010 remains anybody’s guess, but on the streets it certainly feels like spring is in the air.  There are more listings coming onto the market and more people looking at them.  Will that translate into sales and higher prices?  That’ll depend on macro-economic trends I’ve discussed elsewhere, but one thing’s pretty clear:  interest rates are heading higher, as evidenced by the Fed’s recent increase in the discount rate. If the economy continues to strengthen, that trend will continue.  And, for many people, that will result in less buying power and reduced affordability.