As if one new home buyer tax credit weren’t enough, the State of California recently re-enacted and extended the scope of its own version, originally passed in 2009.   As a result, some California buyers can take advantage of both — but only if all the stars align, and only for a short period of time.

The California Association of Realtors has published a useful chart that compares the two tax credits and I’ve reproduced it below (click to enlarge).

The rules are complicated, (see here for the Franchise Tax Board explanation) but here are a few key takeaways:

If you figure SF median home prices at around $750,000, and assuming you could even qualify for a 75% loan and yet be under the maximum income limit, you’d be “saving” around 2.4% on your purchase if you qualified for every penny of both tax credits — less, since the California credit is spread over three years.  18 big ones isn’t small change in anybody’s language, but it surely shouldn’t be enough to drive anyone’s home-buying decision. 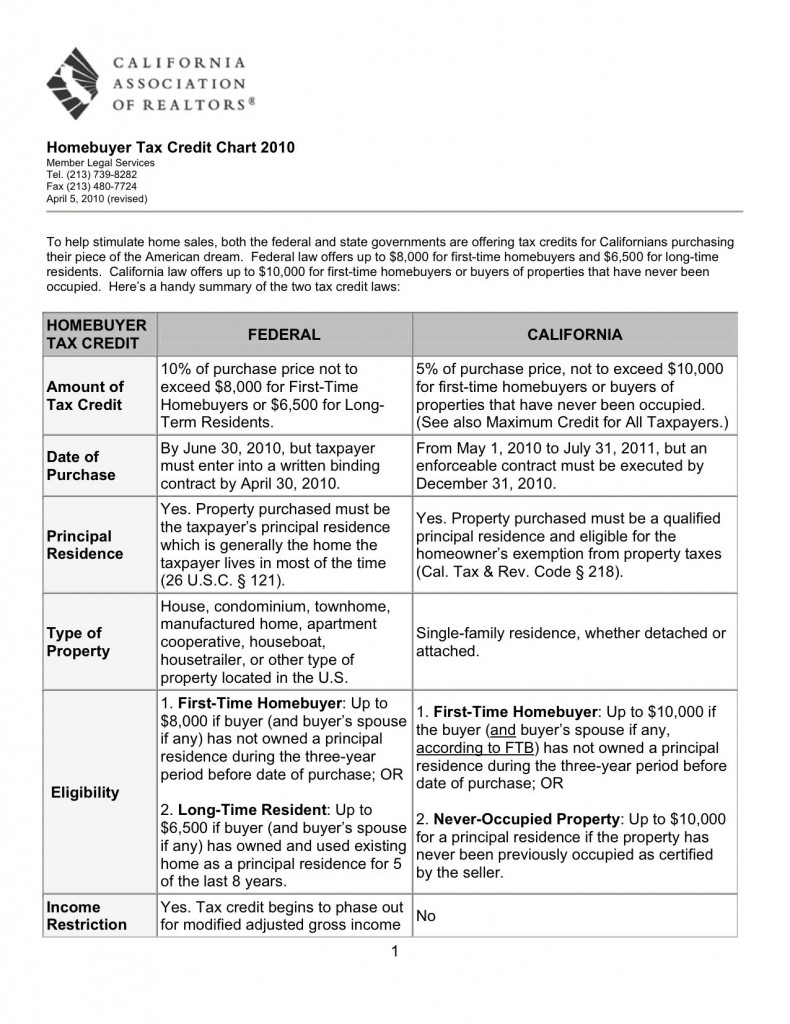 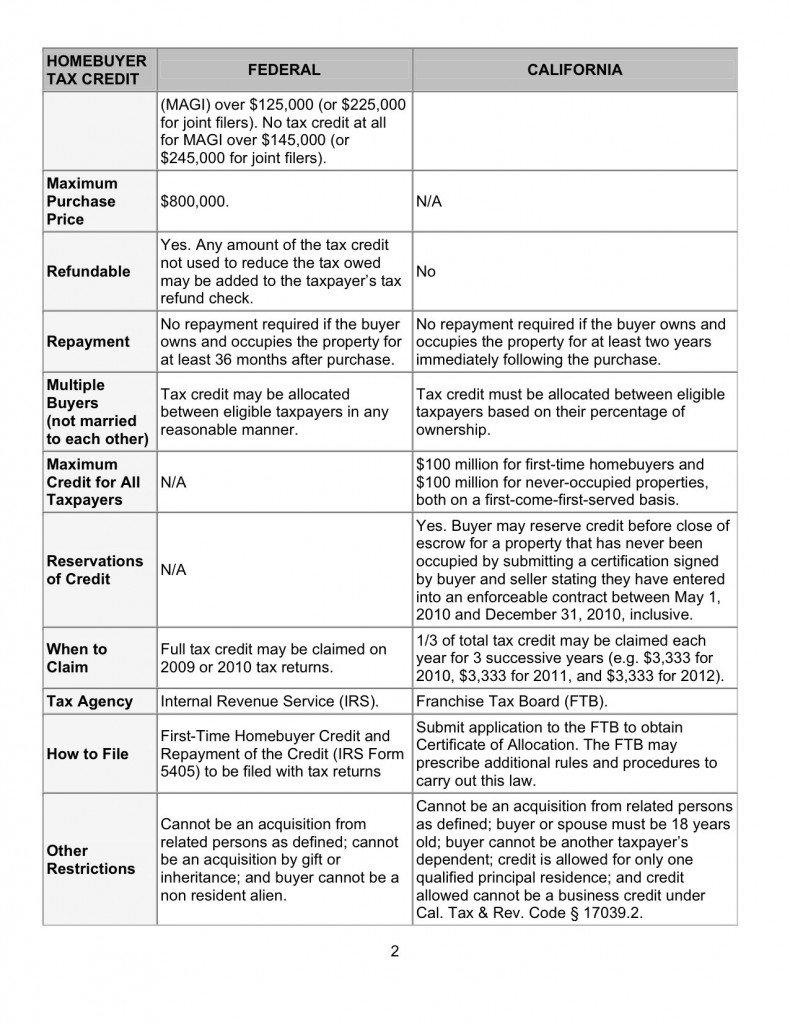 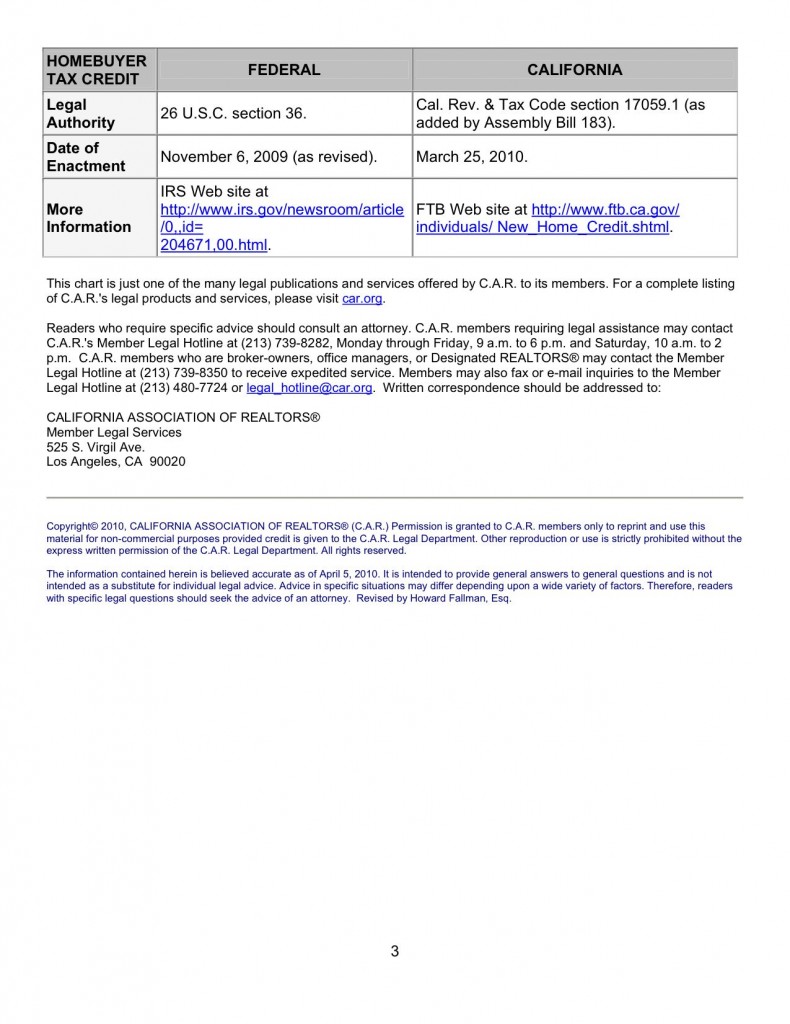