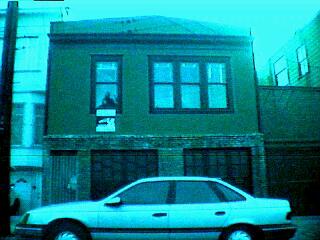 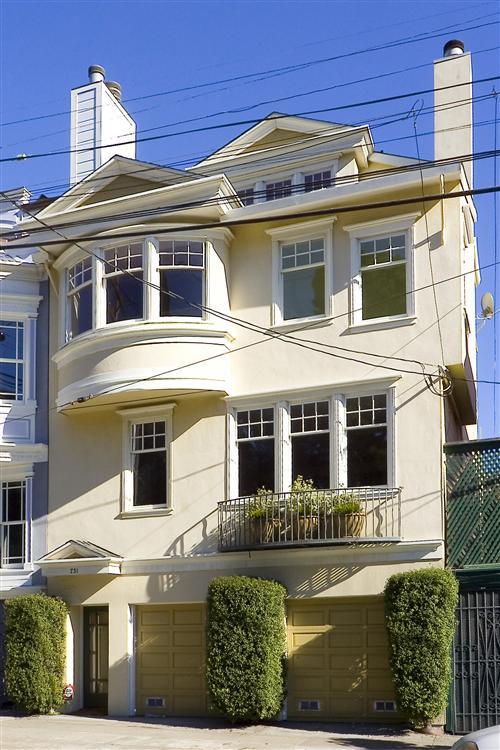 In 1999, the owners completely redid the building, right around the same time that my wife and I were remodeling our house just around the corner and converting it from a two-unit building into a single family home.  At the time, there weren’t too many larger homes in Noe Valley.  Now, everybody seems to be adding floors or building out the basement.

For $2,150,000 you’ll get 4 bedrooms, 3.5 baths, plus an office with panoramic views of the city on the top level, plus a good- sized family room downstairs.  Around 3,000 square feet, based on the 2005 listing information.  It’s a nice livable layout, has lots of light and the high quality finishes you’d expect.

What’s missing?  No backyard, just a postage-stamp sized courtyard.  Another possible negative:  it’s across the street from Noe Courts and the bus stop for the 48 Quintara which might make it a little noisier than average. 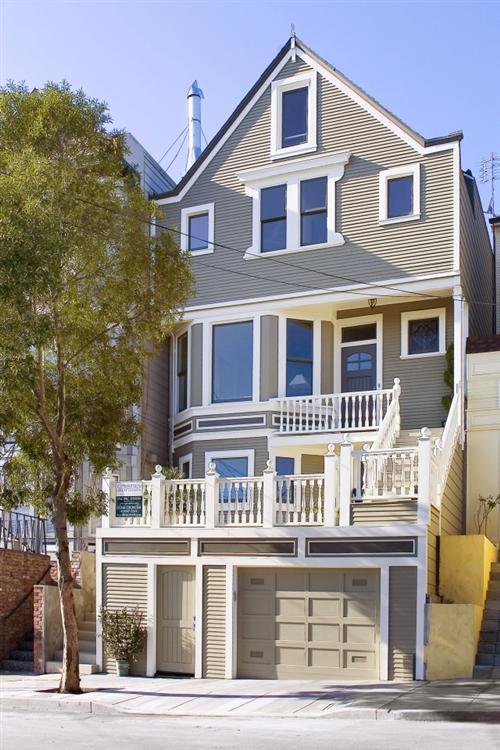 This one sold a year ago for $1.2 million as a 1600 sf “fixer”.  Well, they sure fixed it.  It’s now just under 2900 sf, 4BR/3.5 BA family room/media room, and a built-out attic with panoramic views of the city, accessible by a spiral staircase.  The flow of the space is not quite as good as  731 Douglass and there’s less of it.  But it’s an impressive home nonetheless.

What 110 Hoffman has that Douglass doesn’t is a beautiful back yard and a location on one of Noe Valley’s best streets.  Now that Hoffman’s price is returning to earth, it’ll be interesting seeing how these two thoroughbreds compete.