Thanks, Jean-Claude for making me take a second look at my methodology on my Absorption Chart.  I had anticipated your point about the lag between listing dates and sales but had unfortunately gotten the formula backwards in my chart — basically dividing inventory by lagging sales, rather than forward sales:  moral of the story:  don’t do this stuff at 1 in the morning.)  So I redid the chart with the correct formula inserted.  (Excel groupies its =4*(AVERAGE(listings month 1, 2, 3)/AVERAGE(sales months 2, 3, and 4)). The data points at the end of the chart are averaged over shorter periods due to the lack of forward data. 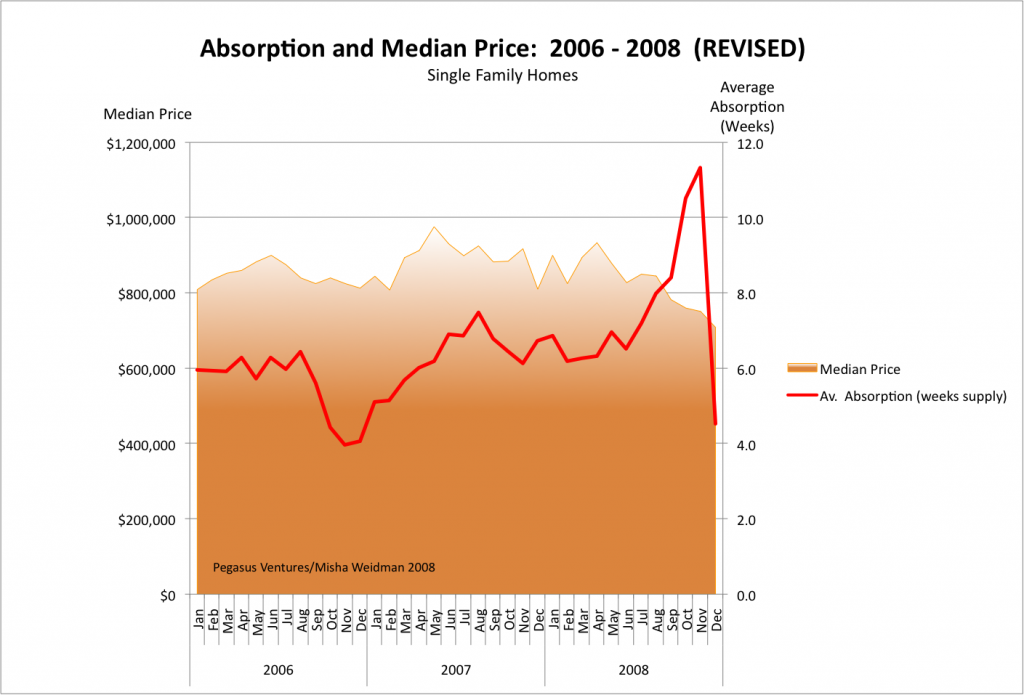