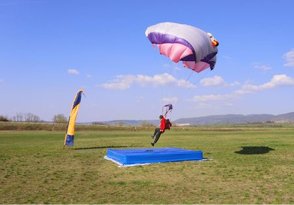 With the data in for the for the first six months of 2016, the cooling trend that I’ve noted in recent newsletters is increasingly clear. Since sales typically dip in the middle of summer due to seasonal factors (everyone, especially those who own or are looking to buy higher end homes, is on vacation), it’s best to compare 2nd quarter results with those of a year ago. 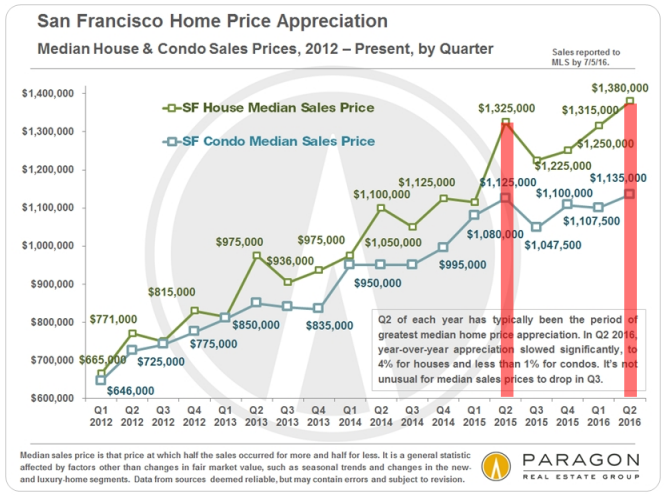 Here’s the takeaway from Paragon’s full report, which you can find here:

“By virtually every measurement of supply and demand, the SF real estate market cooled in Q2 2016 when compared to the 4 previous, often wildly overheated spring selling seasons. Listing inventory is up significantly, while the number of sales is down; the number of listings that expired without selling jumped by over 50%; and … median sales prices for houses and condos increased year over year, but at much smaller percentages than the torrid rates of previous years.”

Below are two charts on homes in specific neighborhoods in SF, the first covering more affordable neighborhoods and the second more expensive neighborhoods. Affordable neighborhoods like the Bayview and Sunnyside show massive increases in value since hitting bottom in 2010/2011. While they might continue to benefit for a while from being affordable (witness, for example, continued strength in the Outer Richmond and Sunset), I would not be surprised if they see the most significant softening in the future if other neighborhoods perceived as “better” become once again within financial reach for buyers. 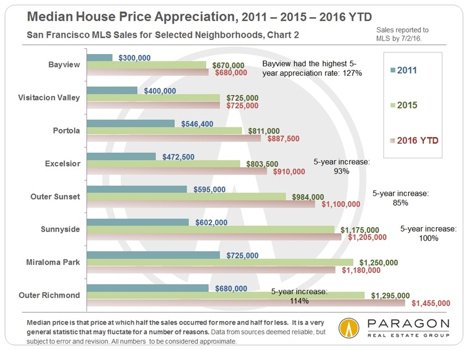 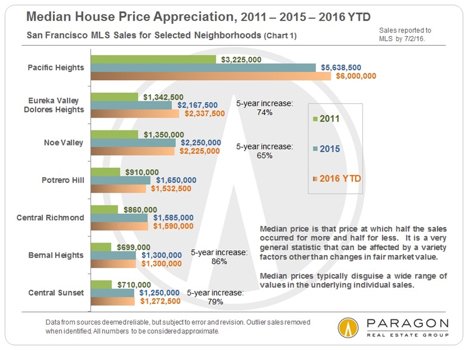 Meanwhile, luxury homes in “hot” neighborhoods like Noe Valley, Potrero Hill and Bernal Heights are also hitting a plateau. My guess, however, is that there is less downside risk in these neighborhoods if the market continues to slow.

As for condos, the next two charts clearly show how prices are softening across the board. (Mission Bay and the Inner Mission appear to be two exceptions, but we’ll see whether they continue to be so.) Again, this is not surprising: condos tend to lead the way in downturns. 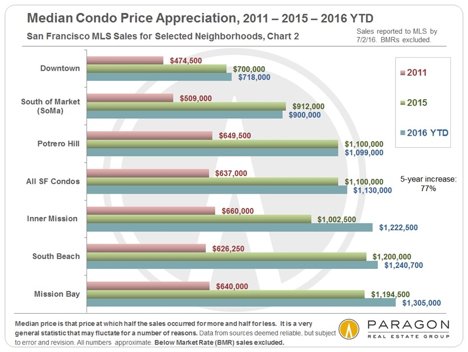 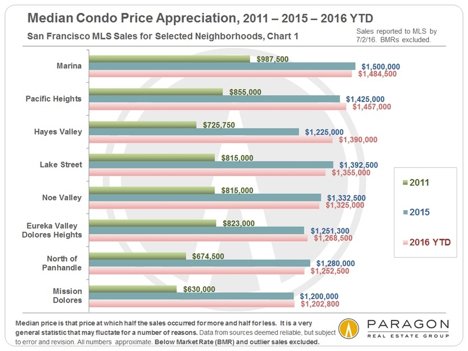 In recent years, San Francisco’s economy has been firing on all cylinders, fueled by tech, biomedical, social media, and venture capital companies. As a result, employment and population in the city has increased; and with it, there’s been a lot of new wealth chasing housing. For the first time in years, however, the number of employed residents has turned negative (first chart below) while, at the very same time, the inventory available for purchase has increased significantly (second chart below). 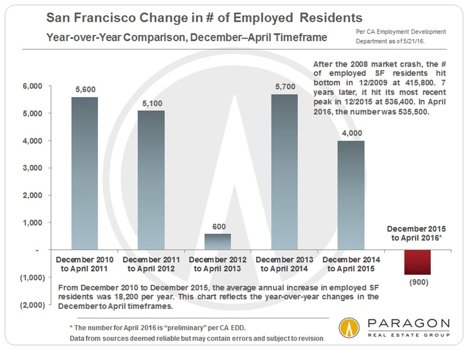 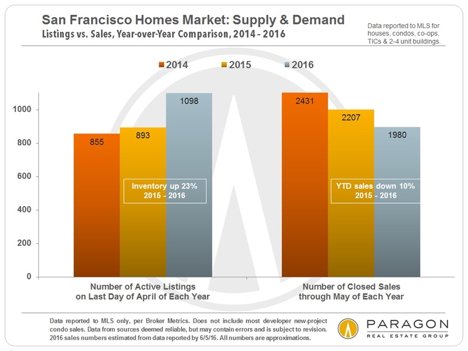 It’s important to note that the active listings shown above do not include many new condo projects that are marketed directly by the developers, rather than being listed through the MLS. So the amount of inventory available is actually significantly more than the chart suggests.

In my last newsletter, I said that all this was already having a noticeable effect on rents throughout the Bay Area. Though the following chart shows rents having stabilized, anecdotal evidence suggests that they have in fact fallen. 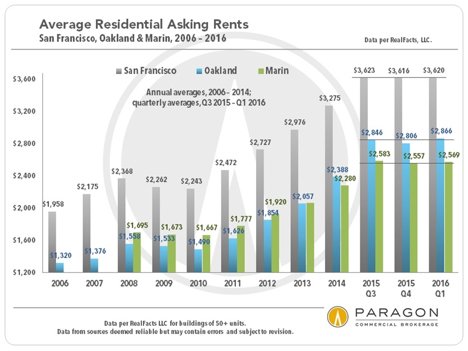 In Friday’s New York Times Op Ed section, Paul Krugman quotes another economist as saying “Wall Street indexes predicted nine out of the last five recessions.” I have seen people wait for years for SF’s housing market to drop, or to drop further, only to regret not having bought sooner. The same is true, to some extent, for sellers who price their home based on where the market was rather than where it is heading.

I am not one who views the market as always great. However, I’ve been in this game long enough to witness it go through several cycles. And the major lesson I took away from the last market collapse in 2008/2009 and its subsequent astonishingly fast recovery is that San Francisco is better positioned to withstand and recover from economic downturns than most other places in the U.S., if not the world.

For the moment, few people are predicting anything like a collapse, but I for one would not be surprised if in the short term the market were to go sideways or even soften further. For buyers the question thus becomes whether to wait or not.

In my opinion, now is a good time to be actively looking and to be getting your financing ready to go while rates are at historic lows. We might well see an increase in sales and prices again during the seasonally busy period of September through November; then again we might not. Either way, as in any long-term investment, it’s a fool’s game to try to wait for a market bottom.

As for sellers, I’d remind them that the market remains strong by most historical measures. A home that is properly priced, prepared, and marketed doesn’t need to receive a dozen offers. It just needs to receive one or two good ones.

And a footnote: my thoughts go out to my many French friends and readers after last week’s awful attack in Nice. On espère que vous n’êtes pas directement affectés par ces événements horribles.

As always, your thoughts, comments, and referrals are much appreciated!