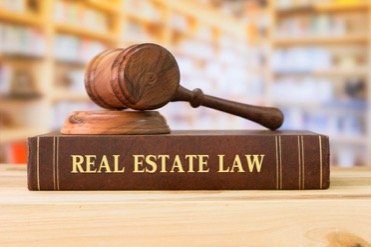 Recently, several of my clients have asked for a quick rundown of various real estate and tax-related laws.  Here are some of the key laws any current or future home-owner should be aware of.  Note: the laws are complex.  This is intended to provide a starting point only.  Consult with your own attorney or tax advisor, or contact me for a referral. 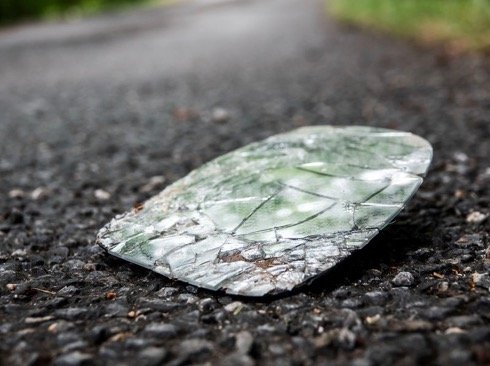 Driving with one eye on the rear-view mirror is a good thing.  Driving with both eyes on it is likely to get you into a crash.

At a recent sales meeting where 40 or so agents discussed their impressions of the autumn sales market which opened on Labor Day, quite a few bemoaned the lack of agents showing up on brokers’ tour on Tuesdays and Wednesdays.  Others said that they’d had Sunday open houses with nary a visitor.  Agent and client fatigue?  The “flood” of new listings on the market (though that’s typical for this time of year)? An ominous sign of things to come?  ...  Additional Details 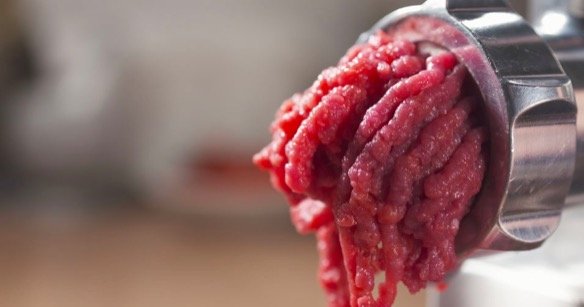 “Coppa” with two “p’s “ is a delicious dried pork salume of Italy and Corsica.  “COPA” is a new SF law that requires owners of buildings with three or more residential units to give a right of first offer and a right of first refusal to a designated set of non-profits before they can sell their building to a third party.  If a seller fails to comply with the statutory requirements, they may well feel that they’ve been through the COPA meat-grinder.  Penalties can include disgorgement of profits and a fine equal to 10% of the sale price they received. ...  Additional Details 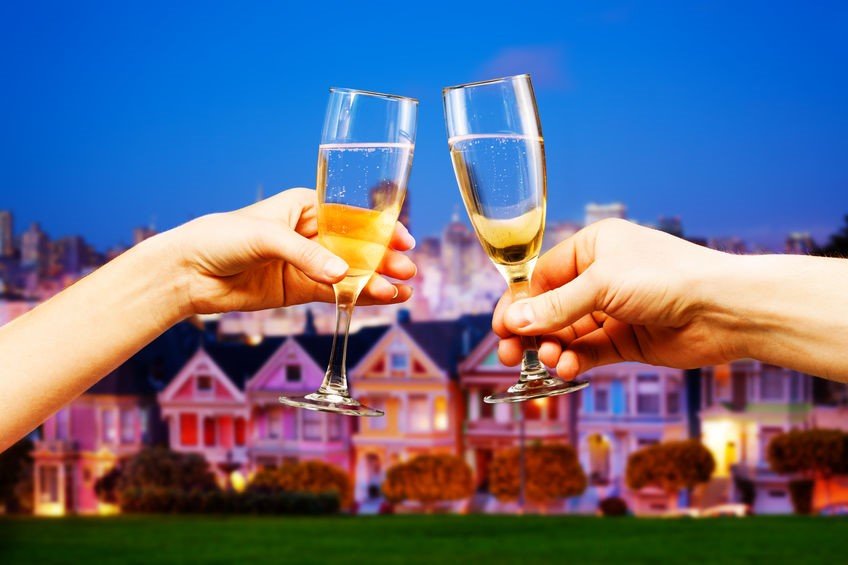 “Home ownership has dropped, evictions and homelessness have climbed sharply, surging demand for rental units has led to a shortage, and soaring rents are fodder for daily conversation…. In the last few years, [it] has become one of the world’s 10 most expensive places to rent, ahead of cities like Tokyo, Sydney and Singapore.”

San Francisco?  Actually, Dublin, Ireland, according to a Deutsche Bank Report cited in a New York Times article a few days ago. But before you heave a sigh of relief, consider this:  Dublin ranked 8th most expensive city in the world to rent a mid-range 2 bedroom apartment, clocking in at around USD $2,000.  San Francisco came in second – just after Hong Kong and ahead of New York.  The quoted rent for SF: a whopping $3,631, down slightly from 2018. ...  Additional Details 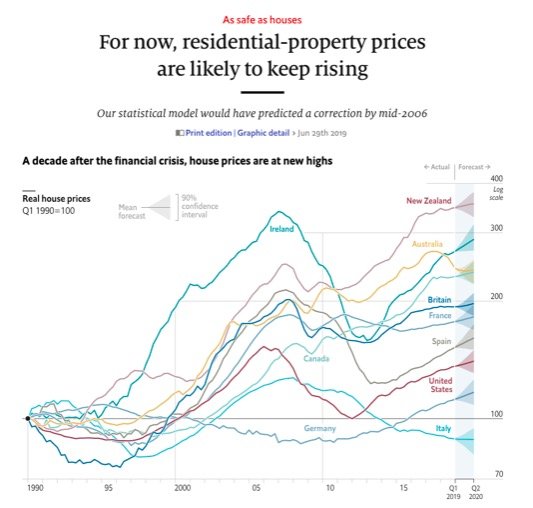 The chart below appeared recently in The Economist along with an article describing a new prediction model that they’re trying out (you’ll have to have a paid subscription to see the article). They point out that globally, in most countries, homes have made back most of their losses sustained in the Great Recession. That’s true of the U.S.

Nor are they predicting a major correction during the next year or so. Their conclusion: “The most likely scenario is that the rally has room left to run.” ...  Additional Details

A client of mine recently opined that he thought that Pacific Heights and other luxury neighborhoods were “overdue for a bump” in home prices. He thought that well-heeled Millennials and Gen-Z-ers were neglecting the north side of the city in favor of hipper locations like Mission/Valencia Street, Duboce Triangle, Hayes Valley and, of course, the perennial favorite Noe Valley.

As someone who has lived and worked in SF for over 30 years, I’ve witnessed my share of cycles where people bid up the “up and coming” neighborhoods (Bernal Heights is the poster child) as they get priced out of their “A-list” neighborhoods. However, when the market turns down, those same neighborhoods tend to get hit hard as buyers shift their attention back to their first choice. So, my hunch was that over the long-term, neighborhood appreciation rates would be about the same. ...  Additional Details

Come take a look at this rare and fabulous 2BR/2.5 BA town-home before it “goes live” on MLS! Enter through your private south-facing gated patio right off the quiet walkway that runs between Berry Street and the Mission Creek Esplanade. On the main level, you’ll find new broad-plank, natural finish engineered wood floors. Bright new w/w carpet upstairs. Freshly painted throughout. Custom closets in the both bedrooms and peek-a-boo views of the creek from the second bedroom. Plus full-sized, in-unit W/D; extra closet space; and a convenient assigned parking space located near the unit. ...  Additional Details 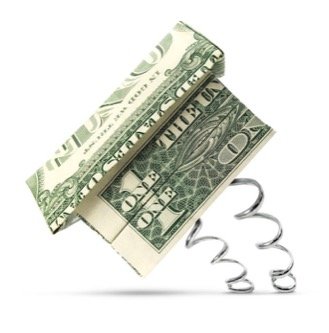 First, let me thank everyone for their positive feedback on my last newsletter regarding Unicorns, IPO’s, big press headlines, and the likely effects of all of that on San Francisco home prices.  With Lyft down 30% from its opening price, Uber looking less “über alles”, and the stock market gyrating on news of a trade war – or just, um, war – we are already in the realm of larger forces potentially swamping whatever IPO effect was so breathlessly anticipated.

That said, after a very slow start to the typically strong spring season – and by “strong” I mean heavy buyer demand and higher prices – the residential market has notably recovered from the “weakness” of the last half of 2018.  (For more on that, check out my 2018 Real Estate Wrap-Up.) ...  Additional Details