I’ve been having an interesting discussion with a regular reader of theFrontsteps, where I first posted my chart on Noe Valley Percentage Change from All-Time High.  He disputes the fact that Noe Valley has fallen by 30% from its all-time high (reached in March of 2008) because he claims — I think — that March was aberrational.  I’ve looked again at the data for that month and I disagree.  What’s more I think that if you look simply at median prices (moving averages), they show a pretty extended upward trend from the beginning of 2006 through March 2008, with the exception of a dip during the Fall of 2007.  Here’s the chart (click to enlarge).  Enough said.  I’m moving on to another subdistrict. 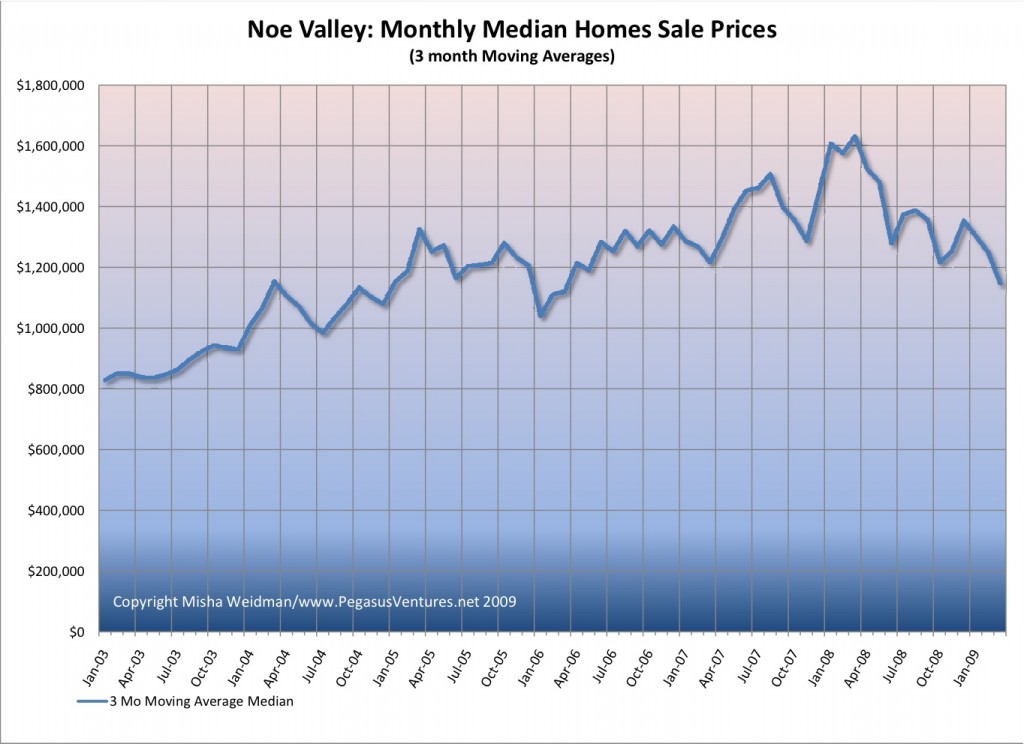