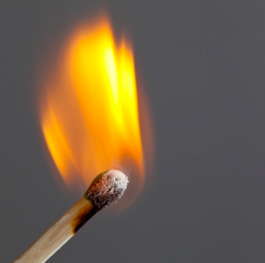 In last month’s newsletter, I said that initial signs pointed to a newly robust Spring housing market after evidence that prices had flattened somewhat — especially for condominiums — in 2016. The data gathered through May confirms that conclusion.

The normal seasonal pattern is for prices to spike in Spring, and again in September, while settling a bit during the summer and winter months as activity wains.  But looking at year over year statistics (below) confirms the spike we see in the chart above.

It’s worth noting that our charts do not reflect condominiums that are being marketed directly by developers of new projects. As a result, the number of condos available for purchase is actually somewhat higher than the chart shows. The new condos tend to be concentrated in projects in the South of Market/Downtown areas, as well as along the Van Ness corridor, which has seen a number of new projects come to market recently.

The hottest neighborhoods, based on buyers engaged in competitive bidding wars, are actually some of SF’s coolest in terms of weather. Parkside, the Outer Sunset, and Lake Shore and Lakeside (near Lake Merced and San Francisco State University Campus) are well within the foggy reaches of the Pacific Ocean and on SF’s southern border. Why these areas? Simple — they’re among SF’s last most affordable neighborhoods for single family homes. People are willing to trade weather and a more central location to buy a piece of equity. We are seeing a lot of renovations in these neighborhoods: think upscale kitchens and baths, open layouts, basements converted to living space — in a word, the same kinds of amenities and updates you’d expect to see in the more coveted neighborhoods like Noe Valley but at a less grand scale.

Meanwhile, luxury neighborhoods like Pacific Heights and Noe Valley seem to be reaching something of a peak in their pricing, as overbids appear to be moderating — for now.  Sales volume appears to be reflecting the same trend, except for the almost always hot Noe/Eureka/Cole Valleys — among the most popular neighborhoods with techies wanting easy access to the South Bay.  Below is a multi-year view.

It’s not just Millennium Tower that is sinking. The biggest change in the luxury home market has been the dramatic drop, almost 50% year over year, in luxury condo sales reported to MLS in the greater South Beach/ SoMa/ Yerba Buena district, even as listing inventory there has hit new highs. This is the area where large, very expensive, high-rise projects continue to come on market, and, to some degree, they may be cannibalizing MLS sales in the resale market. Foreign buyers have played a significant role here in recent years and it is possible (we do not have hard data) that this demand has declined due to political issues here and in China as well.

With July 4 around the corner, we are entering the typical summer doldrums months.  There will continue to be activity, especially at the more affordable end of the market, but those those that can afford to may try to head out of town for better weather.  As an Aussie who knows how to “throw another shrimp on the barbie,”  let me wish you a great July 4 week-end.  Happy BBQing!

As always, your comments, referrals, and suggestions are much appreciated!