Back from vacation, and ready to blog and roll! 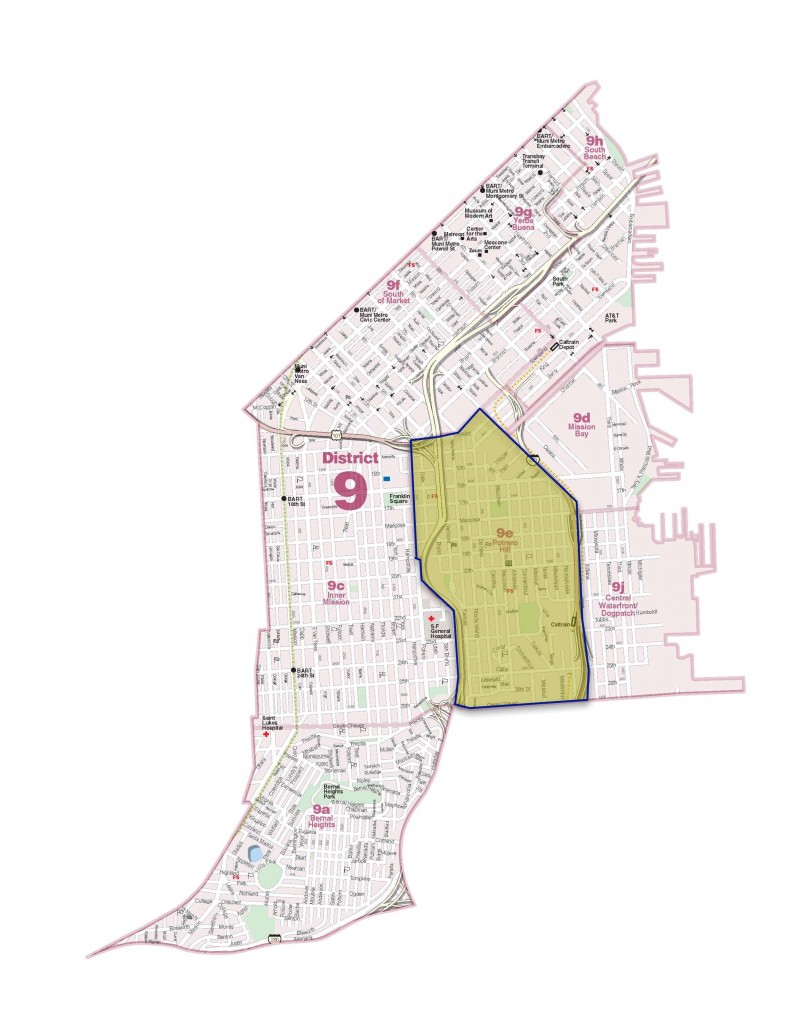 It’s an area that roughly sits between I-280 and I-101, with Cesar Chavez at its the south end and the tangle of 101/Design District/Division at its north end.  With major arteries at all ends as well as proximity to Caltrain, it’s a favorite for people who need good commute access.  It’s also got some of the best weather in San Francisco.  The crest of Potrero Hill sits at intersection of Carolina and 22nd Street.  Homes on the  “north slope” — ie.  north of 22nd Street — boast spectacular views of downtown SF and the Bay and therefore fetch a premium.   Potrero Hill has a small but upscalish shopping/cafe strip located on 18th between Connecticut and Texas.  The recently opened Whole Foods at Rhode Island and 17th hasn’t hurt either.  Architecture is a mix of broad two-story Victorians and newer modern structures designed to take advantage of the weather and the views, especially on the north slope.

Apparently the denizens of Potrero Hill like their neighborhood because there are very few sales.  In fact, based on my review of sales of single family homes back to 2003, there’s an average of just 4 sales per month.  Sometimes there are none at all.  With so few sales each month, I’ve used averages to look at values rather than medians.  Prices seem to have remained incredibly stable over a long period of time.  This chart shows price on a per square foot basis (click to enlarge).

Potrero has the reputation of being a relatively affordable area, and perhaps it is if you’re talking about Noe Valley or Pacific Heights.  In June 2010, the average home sales price for the city as a whole (based on 217 sales) was $1,107,000 — about $100,000 over the average for Potrero.   However, the average price per square foot for the city as a whole came in at $523 — substantially below that for Potrero.  With so few monthly sales available in Potrero, I’d be cautious about drawing any conclusions from one month.  As the chart trend line shows, Potrero’s price average price per square foot looks remarkably stable at around $560 currently.  That seems consistent with the idea that Potrero Hill is one of San Francisco’s better, if not poshest, neighborhoods.