A Market Overview by the Paragon Real Estate Group

The luxury home market in San Francisco – typically defined as houses, condos, co-ops and TICs selling for $1,500,000 or more – experienced a big surge in activity in the second quarter of 2012. The third quarter saw a decline typical for the summer months, but was still 50% higher than the third quarter of last year. With the increased demand has come a significant increase in values throughout the city.

The SF luxury home segment is currently made up of three dynamics: 1) general-appeal (often spectacular), well-priced listings that buyers are jumping all over and often bidding up far over the asking price, 2) listings that the market has deemed considerably overpriced – by hundreds of thousands or even millions of dollars – that the market is generally ignoring, and 3) niche or special-circumstance properties for which there is an extremely limited buyer pool – even if priced fairly, these can take some time to sell.

In the third quarter, a high percentage, 44%, of luxury home sales in San Francisco sold for above asking price; 15% sold for at least 10% over asking price – an indication of very strong demand; 42% sold below original list price; and 14% closed at list price. It should be noted that a fair number of high-end homes have sold off-market in 2012, i.e., not listed or reported to MLS, from which we derive our data. 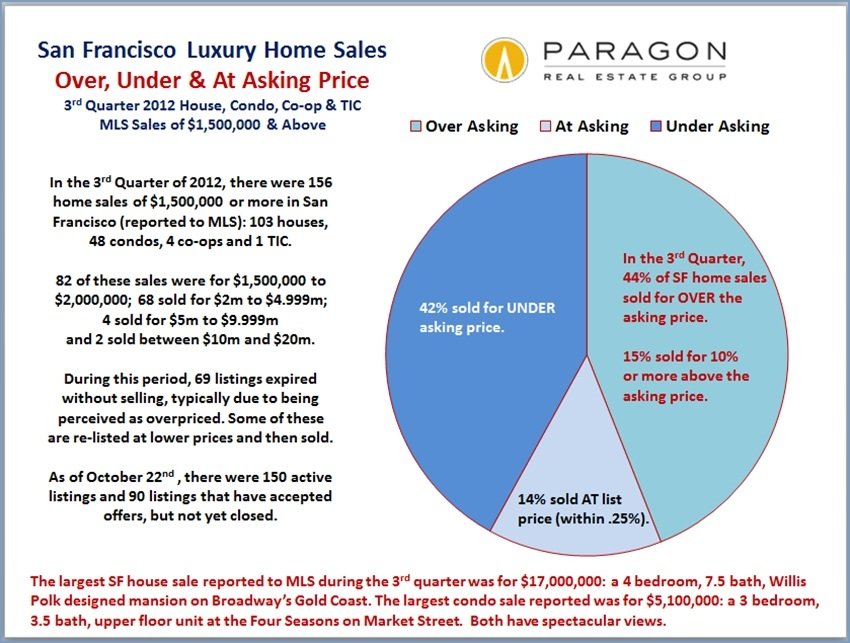 Luxury homes throughout the city have seen a substantial jump in dollar per square foot values since 2011. Values vary widely by neighborhood and property type, and can generally range anywhere from $500 to $2000 per square foot. The highest per square foot values are typically found in the most prestigious mansions on the north side of town and in penthouse condos in the South Beach/ Yerba Buena and Pacific Heights/ Russian Hill areas. Absolutely spectacular views are a common aspect of these sales. 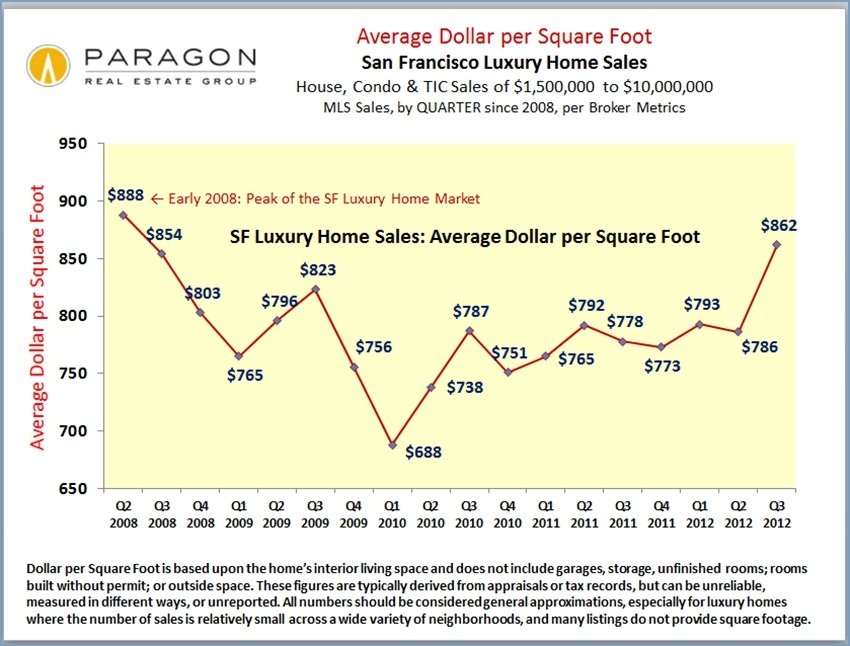 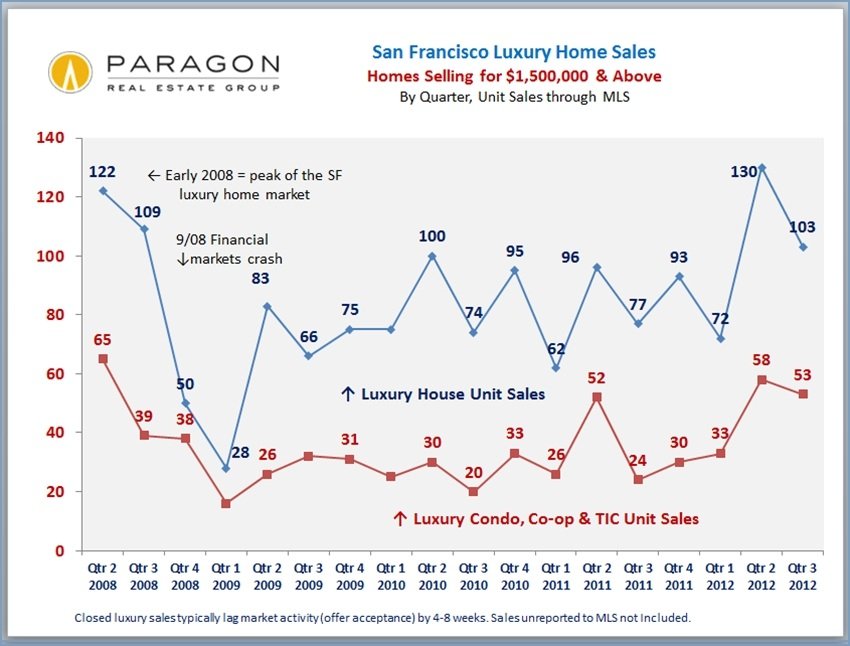 Sales Price to Original List Price by Days on Market

Most of the luxury homes that sell are sold relatively quickly after the listings arrive on market, and these sales are selling for an average of 102% of list price. Those listings that go through price reductions sell at a significant discount to original price and spend almost 3 months longer on market. And even in a strong market, a solid percentage of listings don’t sell at all, almost always due to being perceived as overpriced. 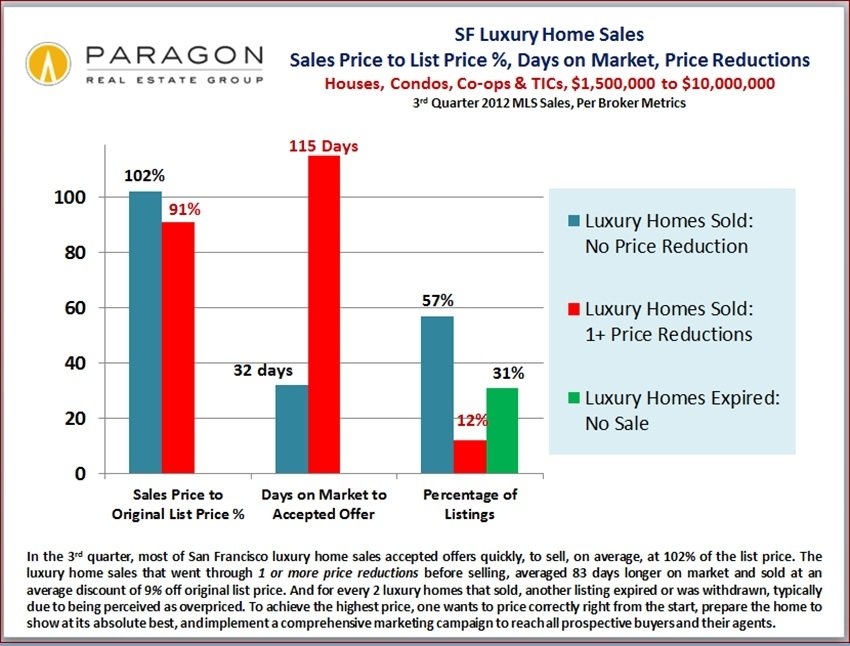 As is typical, September was the month with the highest number of new listings hitting the market, which often leads to an autumn surge in closed sales. It is almost certain that the number of new listings and available inventory will now continue to dwindle until the new year begins. More often than not, the luxury home market goes into a semi-hibernation from Thanksgiving to mid-January. 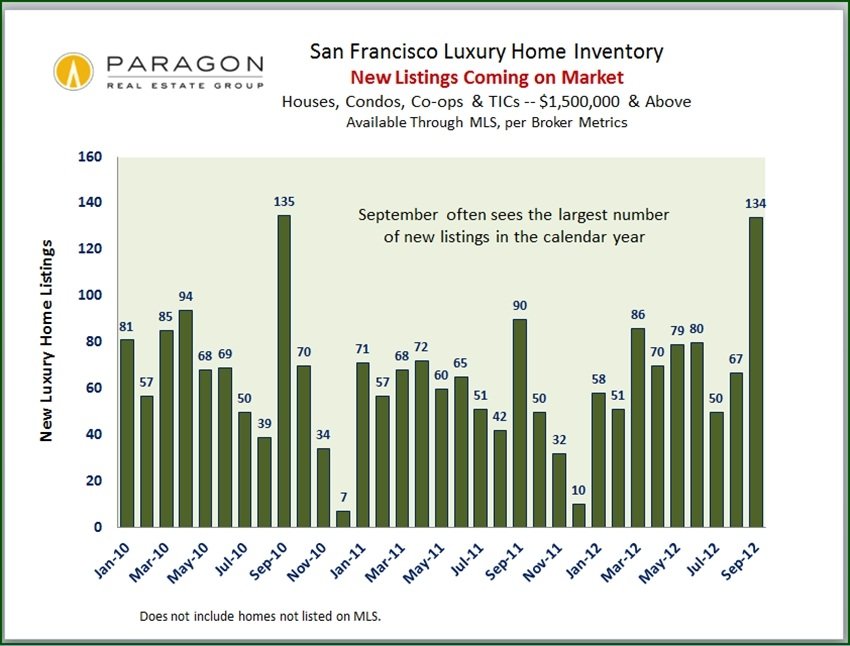 Home sales with a price of $1,500,000 and above now take place across the city, but the sales cluster in certain areas and prices vary widely by location. These 4 charts break the luxury home market into price segments and property types by Realtor district. 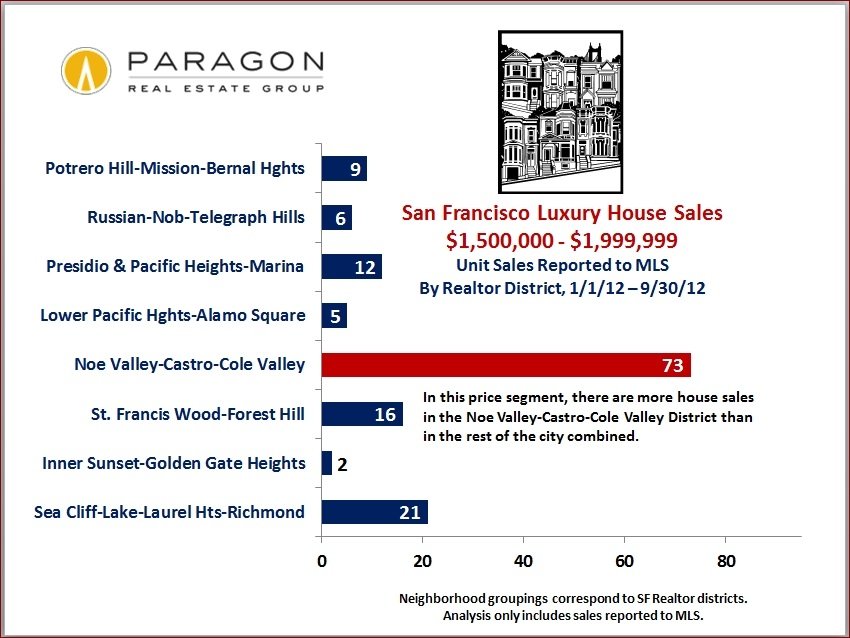 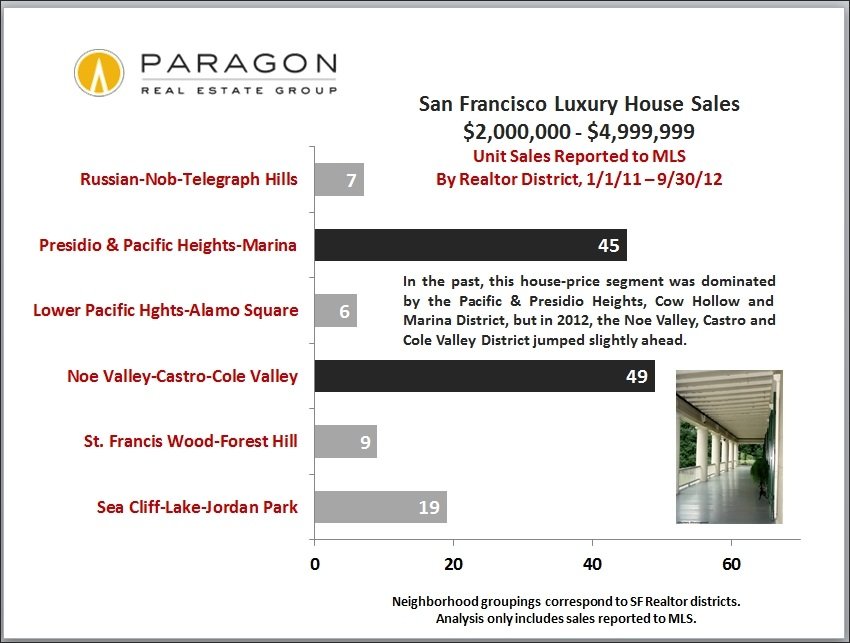 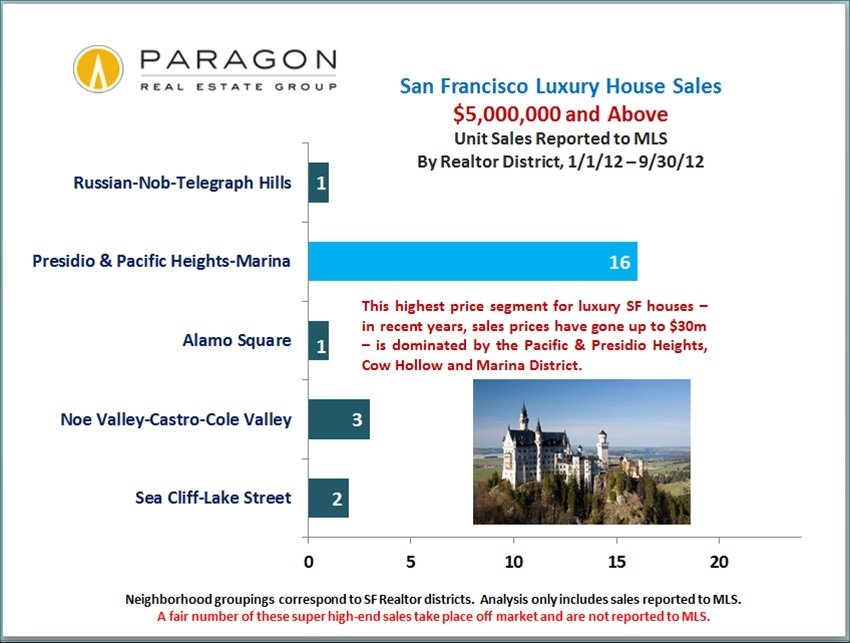 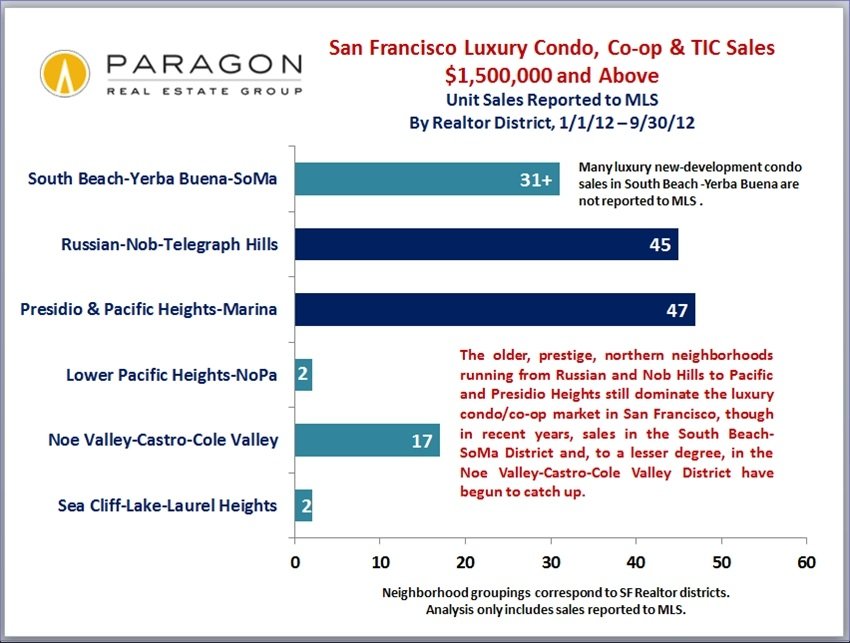