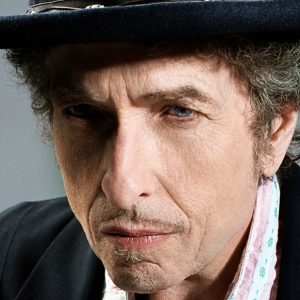 If I simply posted our most recent charts on the San Francisco residential real estate market, you could be excused for shrugging and concluding “another crazy month in San Francisco.” The median price of a single-family home hit $2.050 million in April, just $10,000 down from its all-time high of the previous month.  The median price of a condominium in April was $1.365 million, an all-time high.  Single family homes were on the market for an average of 11 days; 15 for condos. Both were near record lows. To put things in perspective, take a look at the table below to see how things compared to April 2020, just after the pandemic hit, and last month.

As I’ve noted in a previous newsletter, the only indication that something happened one month into San Francisco’s lock-down was the low rate of sales for both condos and single family homes for that month.  And even though there were a couple of months during the lockdown that saw sales numbers plummet, that did not result in falling price for the homes that sold, as the two long-term charts below show. 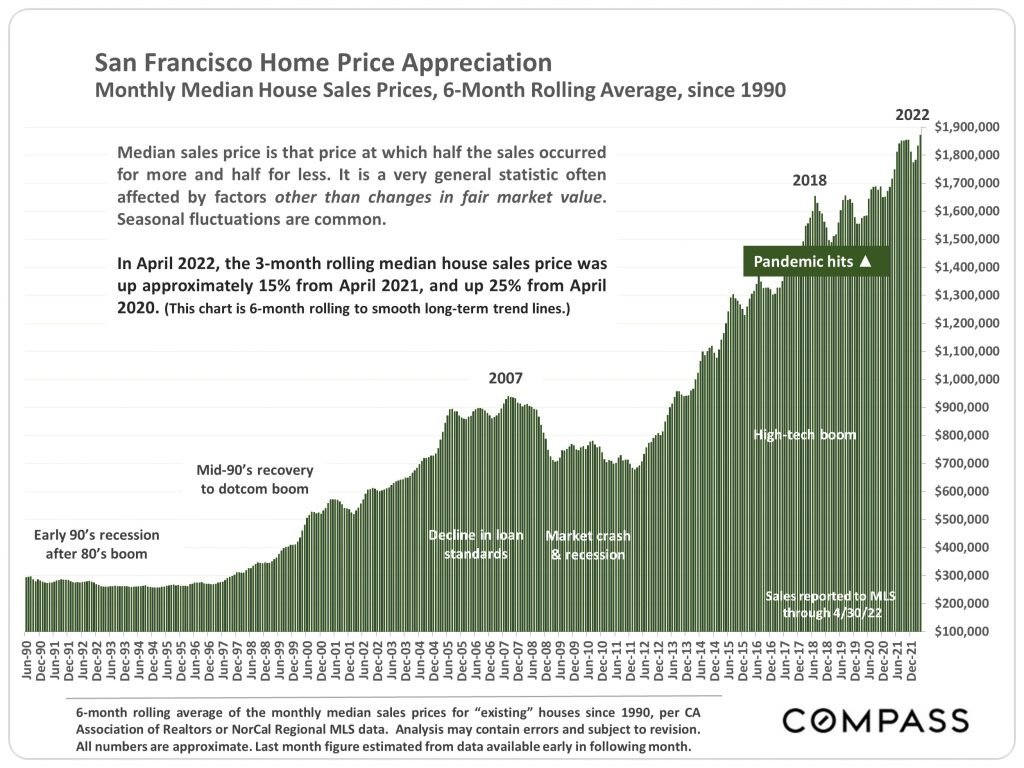 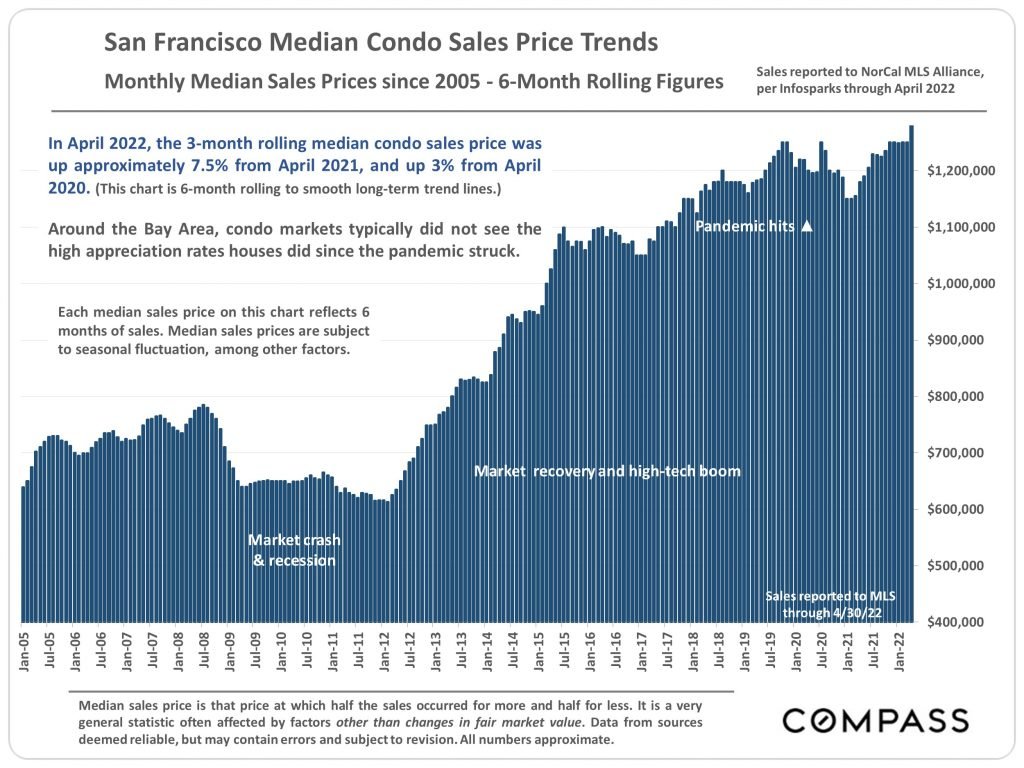 None of this will come as news to frustrated buyers placing their fourth or tenth unsuccessful offer on a single family home. (The story on condos is more complicated, with those in high rise parts of the city still languishing a bit, while those in more residential parts of the city are doing better.)

But looking at data on real estate means you’re looking back at what market conditions were like 30 to 45 days ago.  First, it’s for a prior month, and second, the deals that closed last month were negotiated and went into contract typically around 30 days earlier than that.

So, while April’s numbers suggest more of the same, there are some indications that the market is shifting – and softening.  In recent weeks, as our Chief Market Analyst Patrick Carlisle noted in his recent market report, “Accounts of less crowded open houses and fewer offers on new listings are becoming more common.”  Some agents have been reporting fewer offers on a pre-announced offer date and even – horrors – no offers submitted.  To be sure, homes that check the boxes may still get plenty of activity and sell for huge premiums above list price. But word on the street suggests that conditions might be changing.

Part of this may be buyer fatigue.  Buyers, tired of repeatedly losing out despite their bids at lofty premiums over list price, may be deciding they’ve had enough.  But the other factors that are likely driving this change – if indeed there is one – are recent interest rate increases and the decline in and volatility of the stock market. 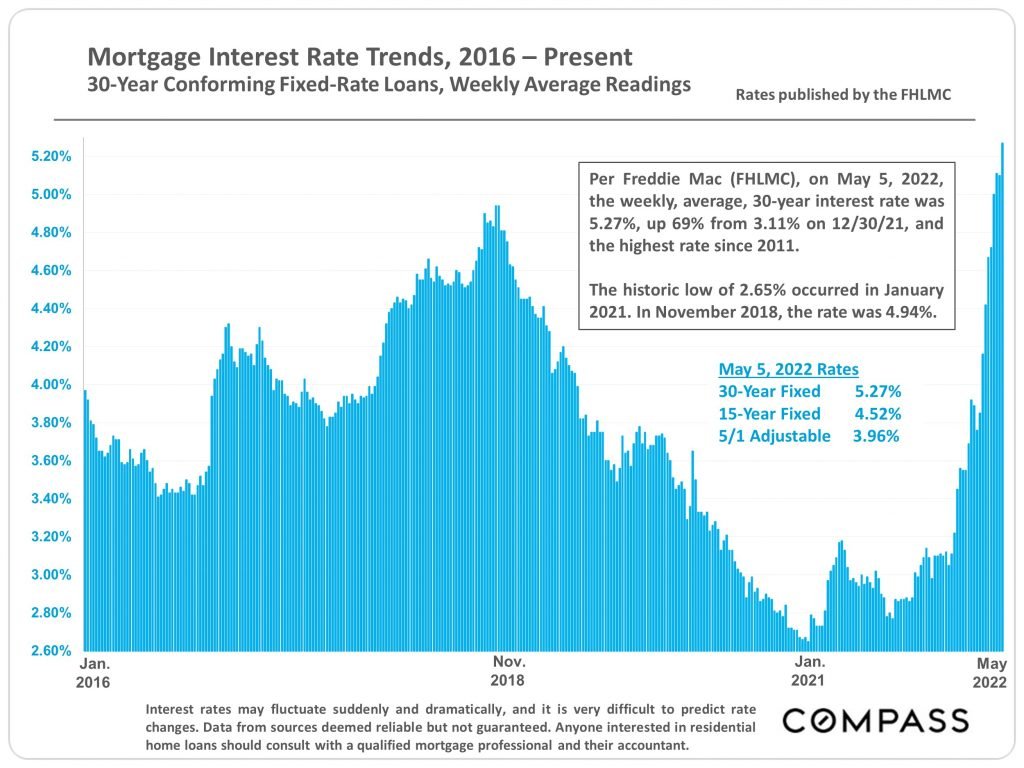 Low interest rates have helped fuel the housing market.  With rates now rising rapidly to levels which, while still low by historic standards, are at levels not seen since 2009, the combination of higher rates and already high home prices may be pushing buyers to the sidelines. The first chart below shows interest rates back to 1981. The second shows the combined effect of home price increases and increased interest rates on a typical buyer’s mortgage payment. 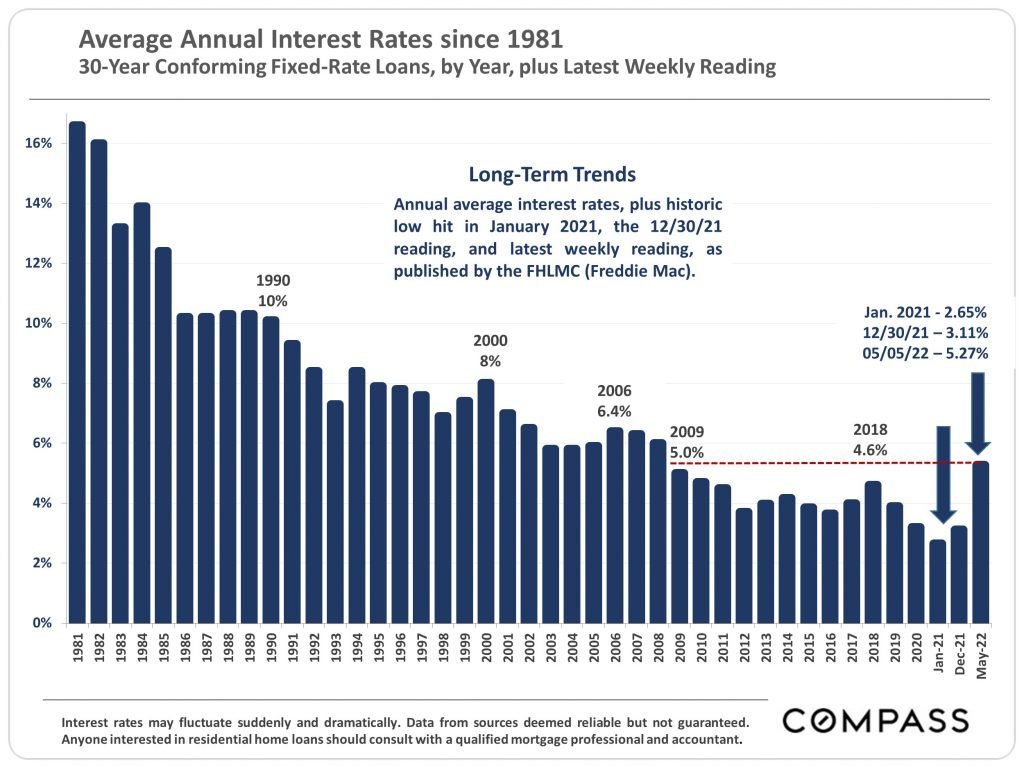 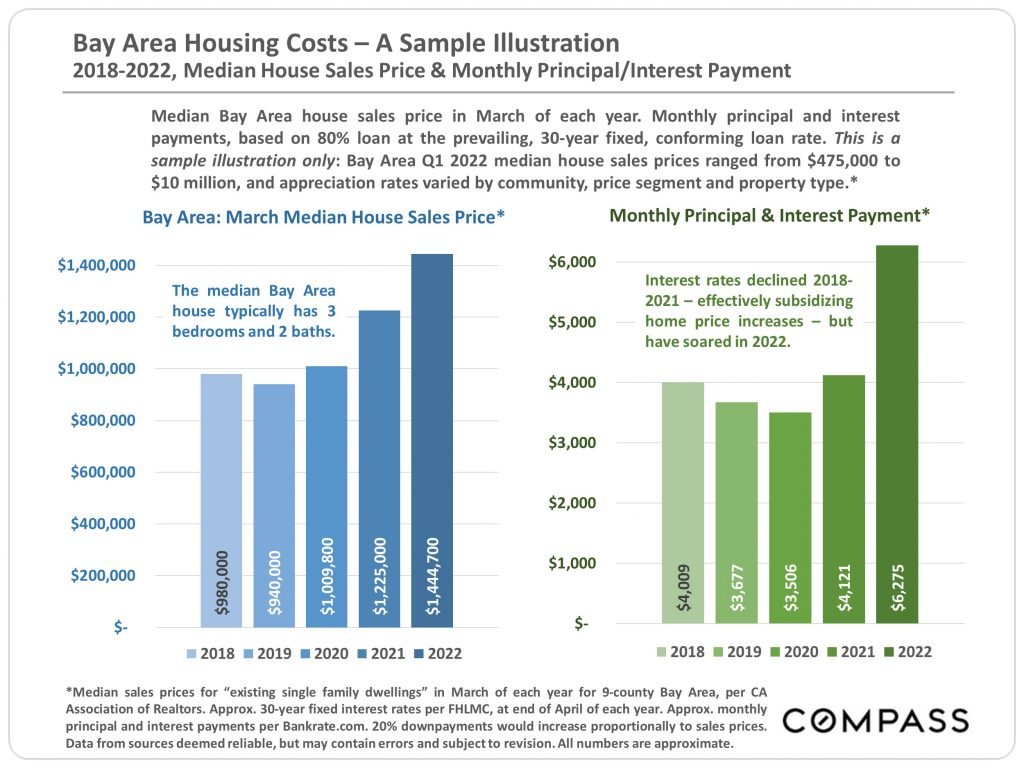 As the second chart shows, the combination of higher home prices and higher interest rates has caused the typical Bay Area home-buyer’s mortgage payment to increase from around $4,100 to nearly $6,300  — an increase of over 50% — in the last year. That is not sustainable.

If there’s such a thing as a canary in the coalmine for the market– that is, a leading indicator – it may be sales volume.  According to a recent National Department of Housing report,  “National housing market indicators available as of April showed activity in housing markets slowed overall….Sales of existing homes declined to the slowest pace since June 2020.”  Inventory rose month over month and year over year as well.

As much as we like to think that San Francisco is “immune” – ha ha – from national trends, it is not.  They may just take a little longer to show up.  The next two charts show the number of San Francisco listings accepting offers (ie. going into contract) and those closing escrow (home sales) per month.  In both cases, there was an uncharacteristic drop in activity in April relative to March, and in both cases activity was also down from April 2021.  Our residential market is seasonal, with Spring and Autumn typically being the strongest seasons for both listing and sales activity, so a drop in properties going into contract and closing might foreshadow some weakness that hasn’t yet shown up in lagging indicators such as sales price and days on market. 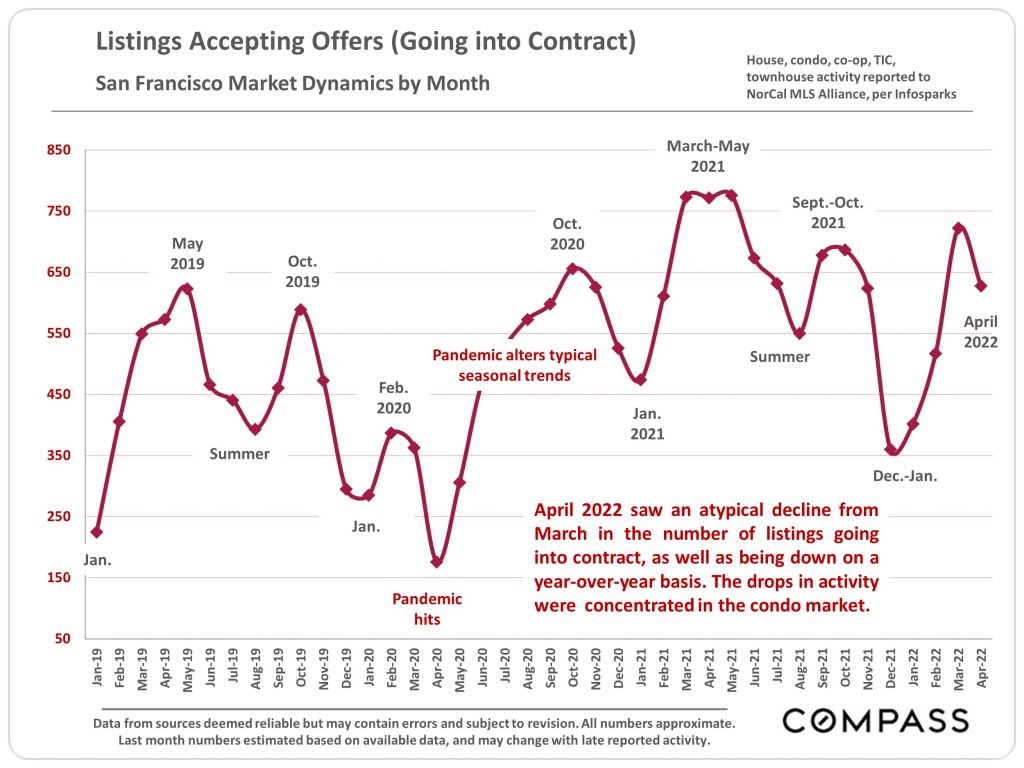 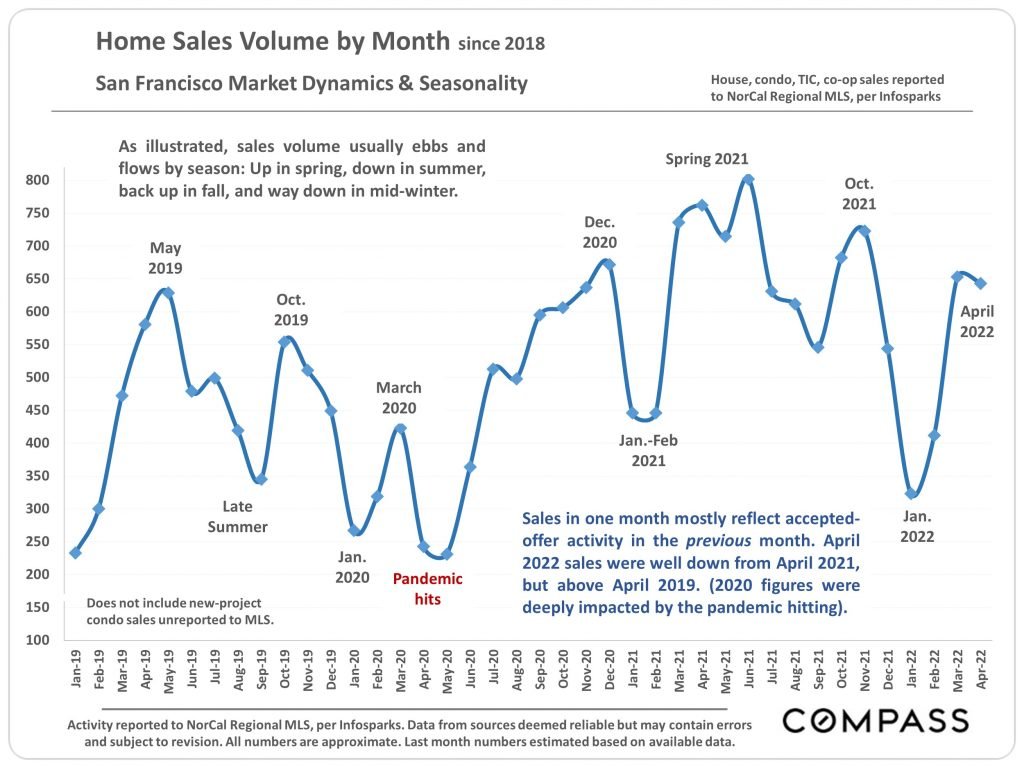 We may need to wait for another quarter or two to see if the red-hot market that’s been with us more or less constantly since the start of 2012 has begun to meaningfully cool.  If it does, it will most likely cool in the more price-sensitive segments of entry level condominiums and homes first.  But the luxury market will not be immune either.  Nobody, not even all-cash buyers with hefty — if diminished — stock portfolios wants to be taken for a chump.  Stay tuned.