Skip to content
Real Data SF August Newsletter: Summer Doldrums or A Change in the Weather? 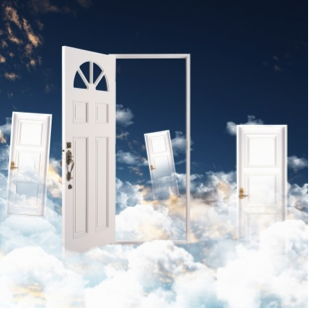 It’s not unusual for home sales to slow during the summer months. The same thing happens to an even greater degree in mid-Winter during the holiday season. In San Francisco, the result is a temporary moderation in sales prices. Take a look at this chart. 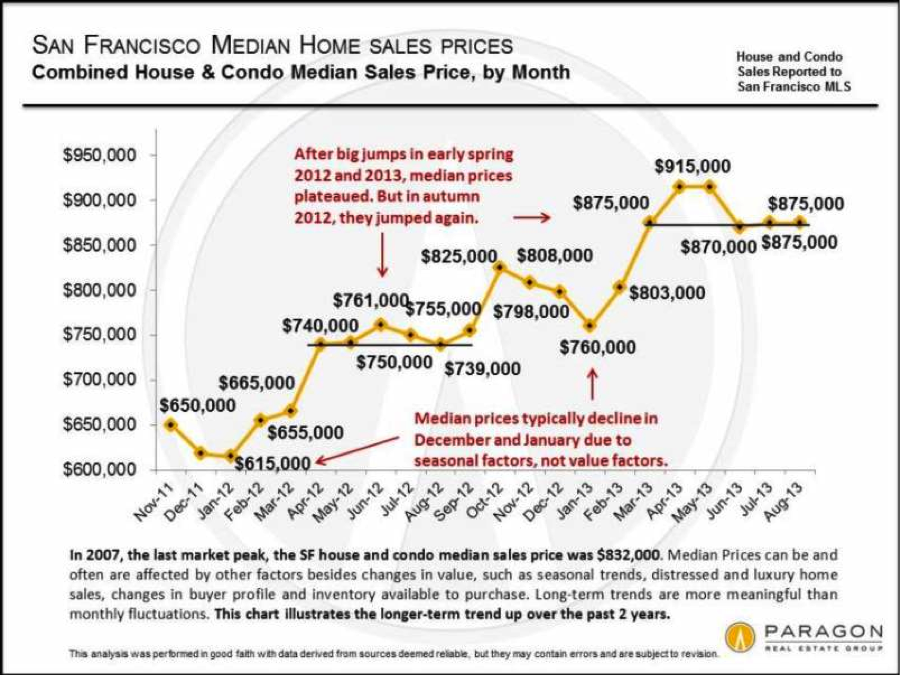 Interestingly, in San Francisco that moderating effect is largely the result of a disproportionate drop in higher end home sales: the folks who want to buy or sell a these homes tend to put their plans on hold and go on vacation. Here’s a chart that highlights the seasonal fluctuation in this segment over the last three years. 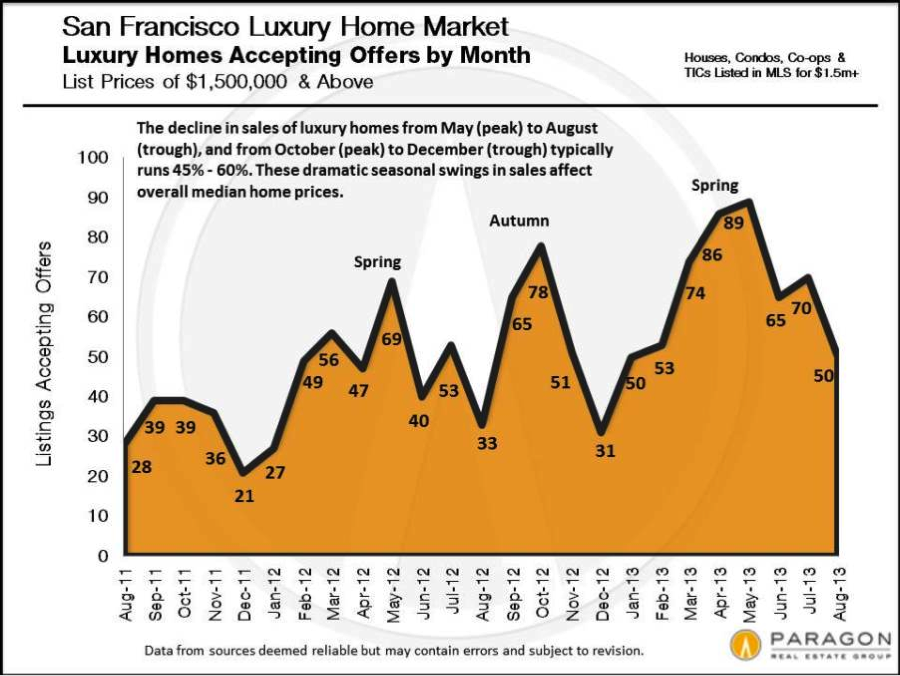 Now, going back to the top chart, you can see that in 2012, after a huge increase in prices during the spring, prices stayed flat from May through September before spiking again in October, and then falling back during the traditionally slow winter months. But they started rising hard and unseasonally early in January 2013, and they continued to rise through April of this year before leveling out once again during the summer months.

Seasonal Breather or Have Prices “Caught up to the Market”?

So is this the usual seasonal breather before another autumn run-up? It’s hard to say but, as I’ve suggested in an earlier newsletter, it’s possible that prices have caught up to the market. Huh? What I mean is that buyers may be reaching the limit that they’re willing to pay. These days it’s not quite so much of a slam dunk that any new listing will have a dozen offers and go for 10% or more over the list price. And this seems to be borne out by a recent increase in the number of listings that are expiring or being withdrawn from the market unsold.

But whether this trend will continue, indicating some cooling of the red-hot sellers’ market, remains to be seen. Inventory and interest rates remain at historically low levels. That’s bound to support prices. But buyers may find some relief too, since September is typically the month when the most new listings hit the market.

So as the Eight Ball says, this may be a case of “Ask again later.”

In the meantime, Paragon has put out an absolutely fantastic guide to Things to Do in San Francisco, from the top 100 restaurants (Commonwealth is still one of my faves) to the best dog parks in the city and I’ve linked to it here. Because there’s more to life than real estate!

As always, questions and comments welcome. And please forward this to anyone you think would enjoy reading it. They can subscribe by clicking on the “Subscribe” link in the footer of this Newsletter.