Among the scions of the real estate industry presenting at the Fisher Conference (see my previous post) was none other than Frank Nothaft, Chief Economist and Vice President of Freddie Mac.  He had a doozy of a slide set.  Here’s one my favorites.  More to follow. 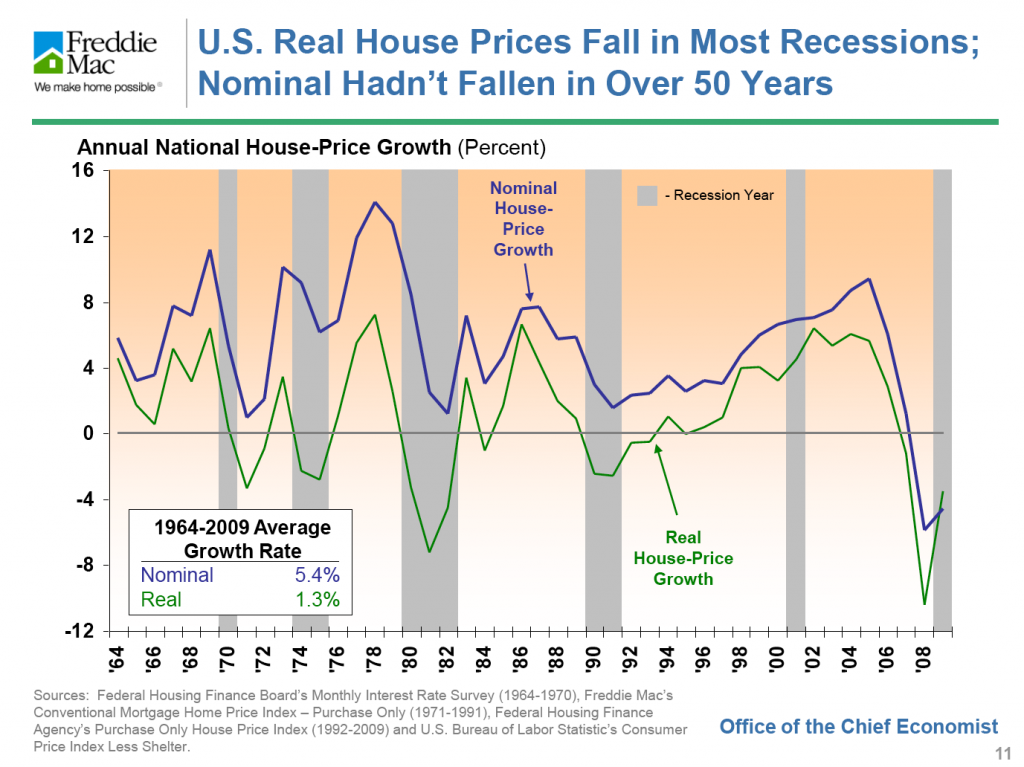 An inflation-adjusted annual average price growth of 1.3% sure doesn’t sound like much to me.  And that number’s not going up a lot even if you discount the suislide of the last three years.  Proof that a home isn’t a “good investment?”  I’ve never suggested that it is.

Doesn’t look a whole lot better even after you factor in leverage.  If you’ve put 20% down, the rate of return on your equity increases five-fold.  Now we’re up to a whole 6.5% gross return.  But that’s before all the expenses of ownership not to mention the endless lists of things “to do.”

Of course, the real reason to buy a home is because it’s about “shelter” in the broadest sense of the word.  It’s as basic as finding a comfortable cave for yourself and your loved ones and painting beautiful drawings on the walls. 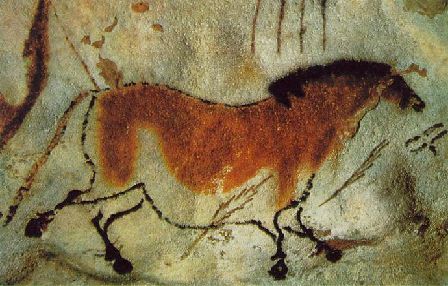