The pundits are making dramatic, even doom-laden pronouncements about what is going to happen with interest rates (and the housing market), though they’ve been wrong so many times over the past few years, these “expert” predictions might be taken with salt-shaker’s worth of salt, perhaps with lemon and a nice shot of tequila.

Obviously, interest rates are an important component of the real estate market. But this chart gives a little context to what has occurred recently: the blue column is the average 30-year interest rate for the first 5 months of 2013, when everyone was dancing with glee at how low the rates were; the black line at the end represents the interest rate on Friday, June 6th, though it is true that it briefly hit 2 tenths of a percentage point higher earlier in the week (so if you like, add the tiniest smidgeon more to the black line).

I don’t know where interest rates will go, though they will probably rise over time—and perhaps there will be an upcoming interest-rate shock. But terror seems a bit premature. 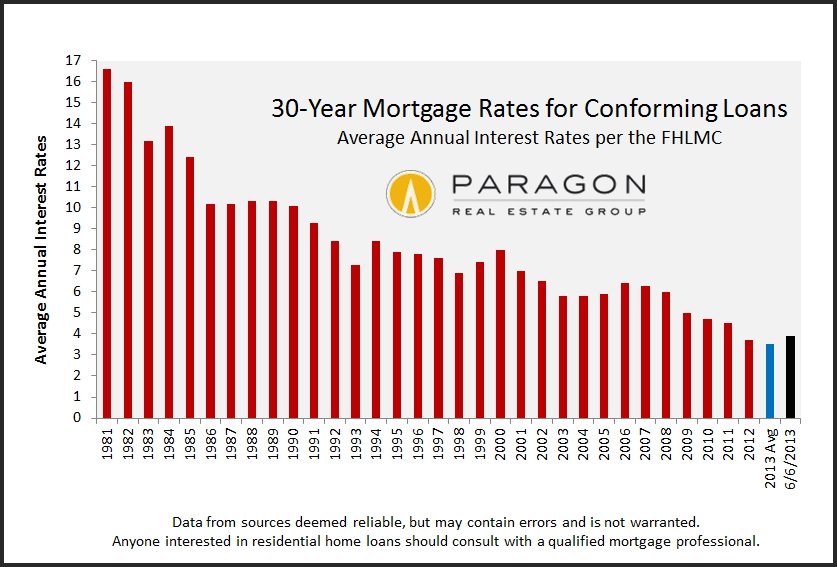