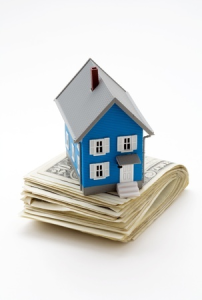 Judging by the number of family rooms, bedrooms and bathrooms being shoe-horned into every Victorian-era attic and basement around town, you’d think that Homo Sapiens San Francisco is living much larger than his/her cousins of a hundred years ago.

It’s true that people a hundred years ago were smaller and had a lot less “things”  than 21st Century Human.  The challenge, for those that can afford it, is to find ways to squeeze extra space out of beautiful but functionally obsolescent homes that the  SF Dept.  of Building Inspection, in its infinite wisdom, is dead set against anyone demolishing.  Ever.  Never mind whether it’s a grand Victorian Dame or a sorry mid-century stucco box with no character and rotten innards.


But virtually no new single family homes are being built in San Francisco and those attic and basement expansions, while very visible in well-to-do neighborhoods like Noe Valley and Pacific Heights, still represent a tiny part of the market.  The fact is that the only new housing coming to San Francisco is in the form of condominiums and apartments, and there the story is very different.

The chart below shows that but for one decade that ended in 2009 with the Great Financial Crisis, the number of housing units being built in SF has been steadily declining since 1940.  It’s true that there are some huge projects that, if they ever come to fruition, may bump up the numbers for our current decade.  But they are a long way off.  (For more information on what’s in SF’s new development pipeline see our full report, here.) 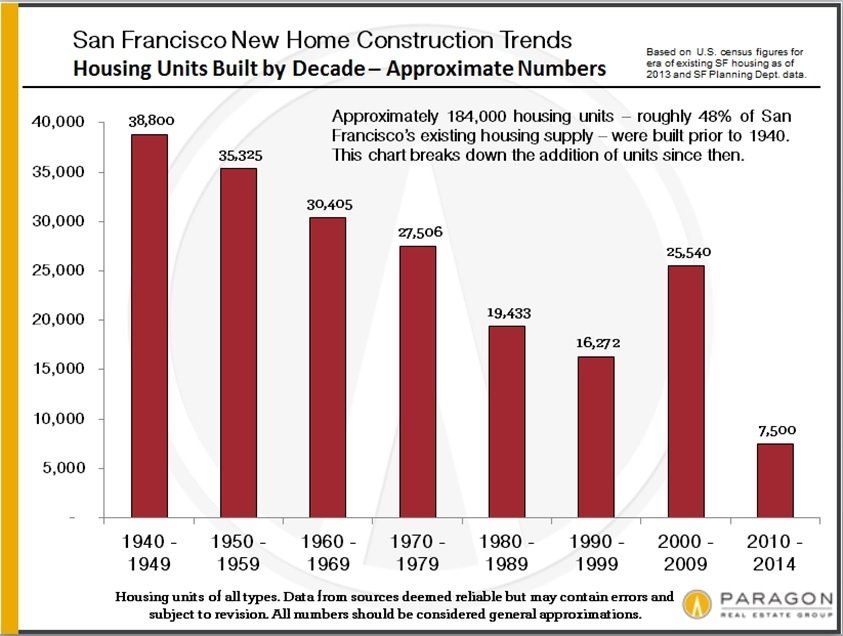 Meanwhile, the condos that are coming to market have actually been getting smaller and smaller and we are paying more and more per square foot for them.  As the next chart shows, the average condo today is about 300 square feet smaller than one built in the first two decades of the twentieth century.  That’s the equivalent of two decent sized rooms. 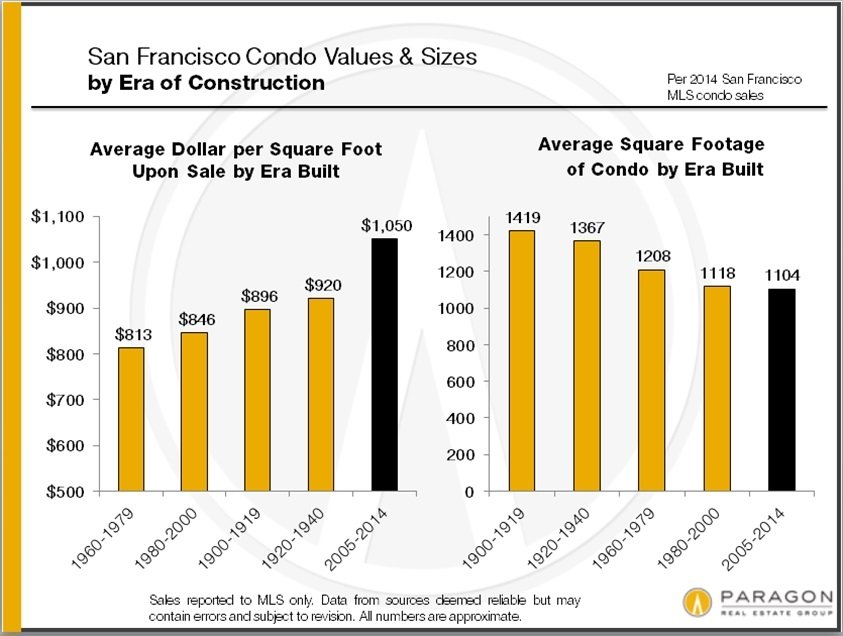 What does all this mean?  Increasingly, we’re going to need “live light.”  Ditch the CD’s and books in favor of copies in the cloud.  Embrace Dwell Minimalism.

And invest in self-storage.