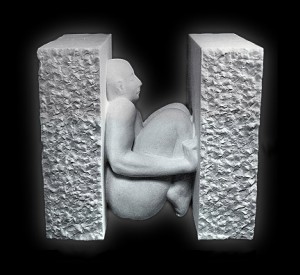 The San Francisco Association of Realtors, of which I am a member, just came out with its Market_Focus_Report for May_2012 (click to open).  If you’re a seller or landlord, the news is great:  home prices and rents are up, up, up.  Not so good if you’re on the other side of the deal.

It’s hard to find much cause for hope these days.  The headlines tell us every day about tectonic shifts in our economic landscape.  We read about layoffs spiraling into the millions, major institutions crumbling, government bail-outs of unprecedented proportion.  Just one example of the doom and gloom:  David Brooks on today’s NY Times Op Ed page, describes the situation as a psychological crisis rather than an economic one, a crisis potentially so bad that no amount of money thrown at the problem will fix.
In this media-driven echo chamber, it’s hard to hear many sober, let alone optimistic, voices.  Dr. Jim Smith may be one such.  He was the keynote speaker at a major builders’ trade show in mid-2007 and accurately predicted both the looming recession – though not its depth – and a Democratic win as a result.
His current prognostications are less dire than most.  According to an article in today’s Wall Street Journal, he sees GDP of 4% by year’s end. There’s no more than a one line quote in the WSJ, but I was able to find more details in an economic forecast he wrote at the end of 2008 in his capacity as Chief Economist for the wealth-management (the latest oxymoron?) firm, Parsec Financial. (Smith is also a professor at Western Carolina University’s Institute for the Economy and the Future) and a former co-chair of the European Council of Economists.)
Here are a few highlights.  You can download his full forecast here.
•    The unemployment news is bad and is likely to get worse, but oft-quoted comparisons to earlier periods like after World War II are misguided because the national economy is so different.  The unemployment picture should start turning around in a few months.
•    Like Brooks, he sees a huge crisis of confidence underpinning this melt-down, just as it has underpinned other financial crises.  Here’s the takeway:  Historically, when huge resources are thrown at financial panics, three things have always happened:  The panic stops; stock markets boom; and the real economy soars.
•    Things to look for to signal a turnaround:  an upturn in housing starts, especially single family units.  Next, an increase in new vehicle sales.
•    The consensus view is that there won’t be a turnaround in the economy until the summer or fall 2009.  He thinks that view is too pessimistic.
I sure hope he’s right. ...  Additional Details