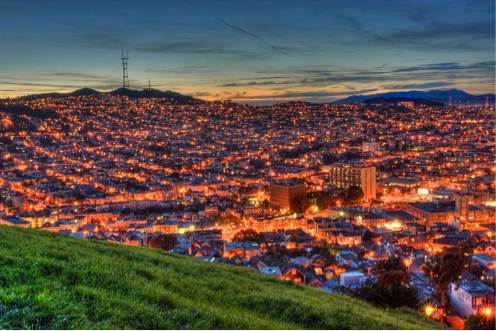 How Hot is My Valley

Noe Valley that is. The place I’ve called home since May 1991 when I bought a vacant two unit building with a monumentally dreary exterior, deeply embedded cat-pee stains in the hardwood floors, and rooms with great volume and light.

This month’s newsletter is dedicated to the Noe Valley market, and the nearby areas of Eureka Valley (aka the Castro) and Cole Valley, which have a similar feel and housing stock. For those of you who want an update on the SF market as a whole, take a look at our May Market Snapshot here. But I can save you the trouble: no inventory + high demand = prices are up –- again. The average combined house and condo price, city-wide, in April was $1,000,035. In February it was $919,000 — a gain of 12.6% in two months. Oh, what the heck, here’s the key chart. 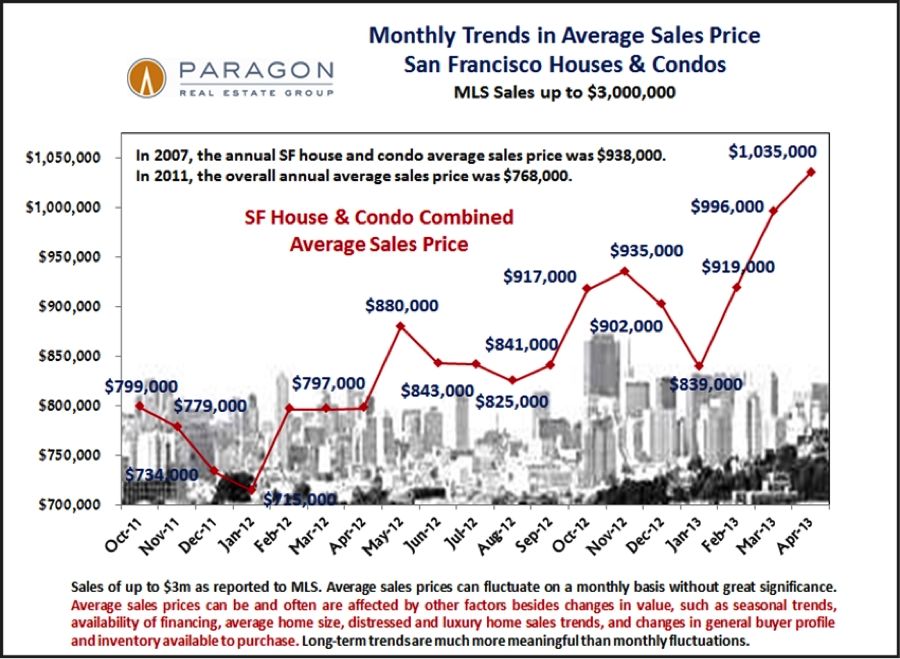 Back to Noe and surrounds. The absence of inventory combined with the continued appeal of this family and commute-friendly area means that multiple offers are the norm.

Fully 37% of Noe Valley Sales Went for More than 10% over Asking Price. 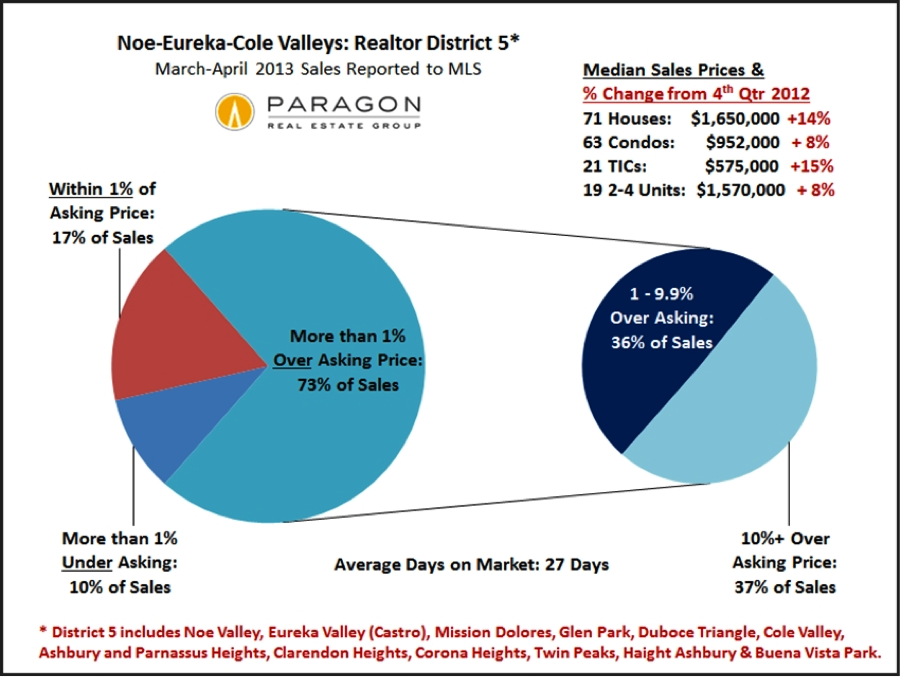 And those are median prices. For a recently renovated 3 or 4 bedroom, 3 BA home in serviceable condition you are now looking at well above $2 million. For contemporary design, to-the-studs renovations with all the latest doo-dads and a view, you’d better get ready to spend $3 million. Plus.

Consider 536 Alvarado Street: 4 bedrooms and 3.5 baths of architect–owner designed new construction behind a traditional Victorian façade. Listed at a mere $2.95 million, sold in 11 days in April for a whopping $3.575 million. Err, that’s 21% over the asking price. Comes with a one car garage — hooray. 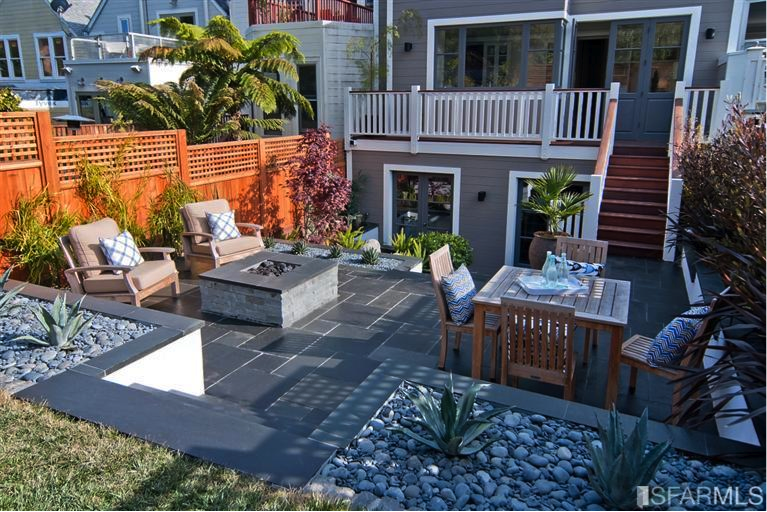 It’s No Less Frenetic at the Bottom End

Well, at least for $3.5 million you’re getting something. It’s almost harder to understand what’s going on at the bottom end – if you can consider $1 million plus the bottom end. 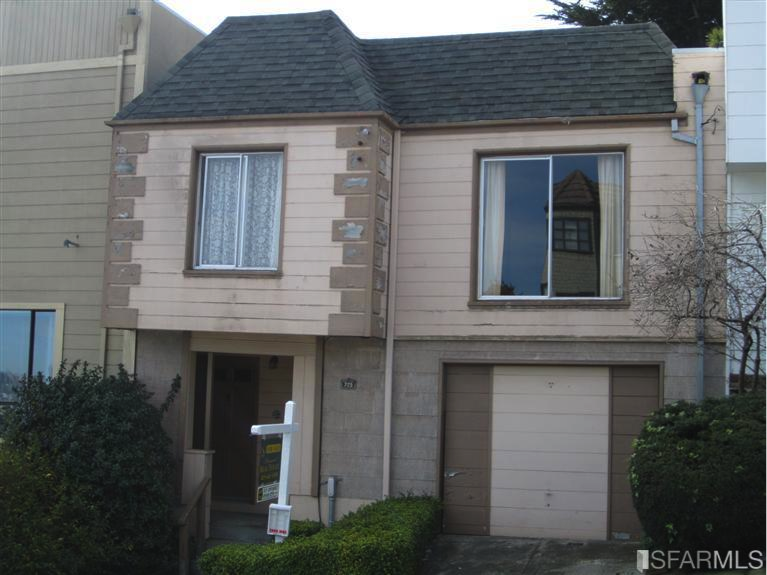 What’s going on here? Expect to see another 3,000 sf new construction mini-mansion coming soon. It’ll have fabulous views and sell for somewhere in the threes.

Noe/Castro/Cole home sales in the $1.5 to $2 million range exceeded those in the rest of the city combined.

Are Noe/Castro/Cole Valleys becoming the New Pacific and Presidio Heights? Probably not. They simply don’t have the estate-size lots that one finds in those old money prestige neighborhoods. But I’d venture to guess that Noe/Cole/Eureka are getting some spill-over from these neighborhoods as newly-minted zynganiares are either finding themselves priced out or choosing to live in hipper, livelier neighborhoods.

In 2012, sales in Noe/Castro/Cole Valley in the $1.5 to $2 million range exceed those in the rest of the city combined. What’s really interesting is that sales in the $2 to $5 million range in those areas were neck-a-neck with those in Pacific and Presidio Heights and the Marina. See the two charts below. 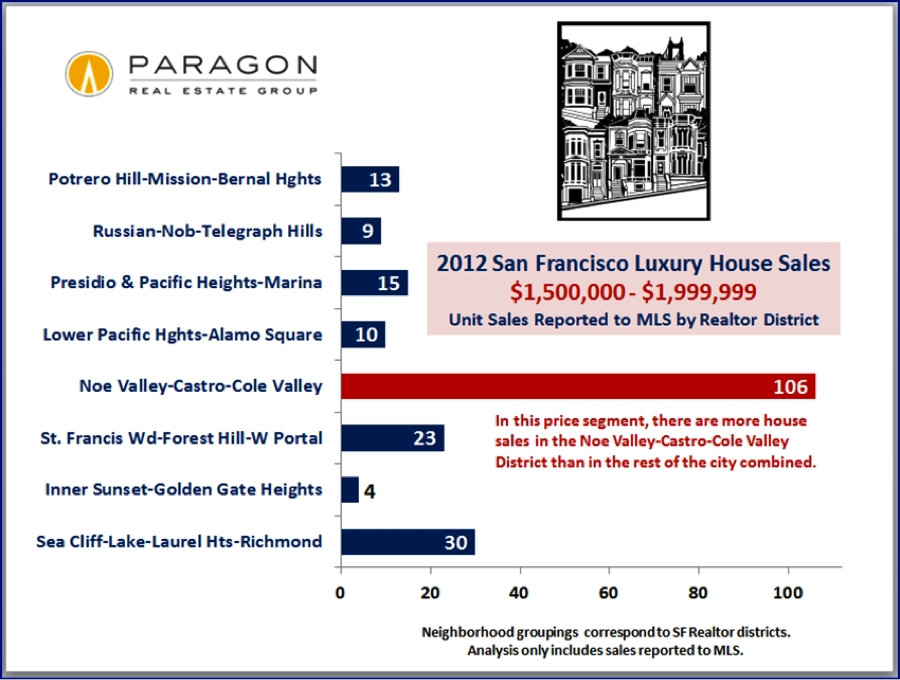 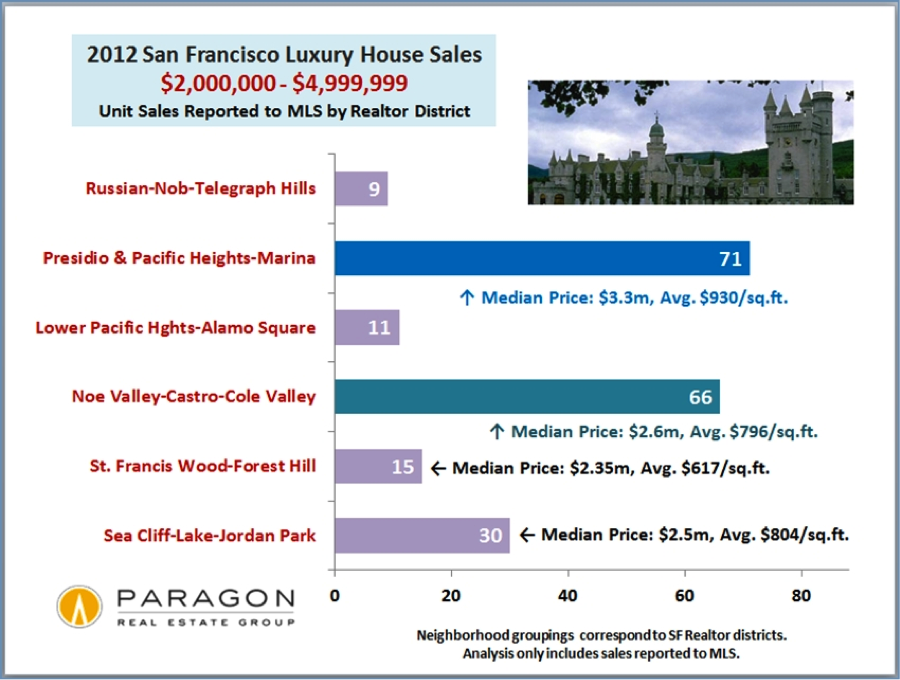 But I’ll save that for another newsletter.

PS. For market data on other neighborhoods within District 5, such as Dolores Heights, Ashbury Heights and Glen Park, please follow this link